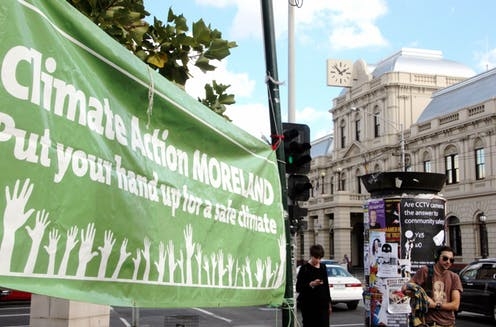 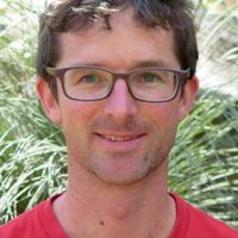 The slogan “What you can measure, you can manage” has become a guiding principle for local climate action. There’s an accounting standard made for this purpose: the Global Protocol for Community-scale Greenhouse Gas Emission Inventories. Free online CO₂ emissions snapshots for municipalities in Australia, recently launched by Ironbark Sustainability and Beyond Zero Emissions, make the protocol more accessible than ever for local governments and communities that want to know what their emissions are, and what to do about them.

The Greenhouse Gas Protocol provides a way to measure local greenhouse gas emissions and removals. It is designed to record two elements of local emissions:

The method creates a consistent approach to measure emissions in different localities. It lets local governments and communities aggregate their individual commitments to reduce emissions.

The protocol is aligned with the Intergovernmental Panel on Climate Change (IPCC) standards that guide countries’ greenhouse gas inventories. Local accounts can then be nested within national inventories without double counting. 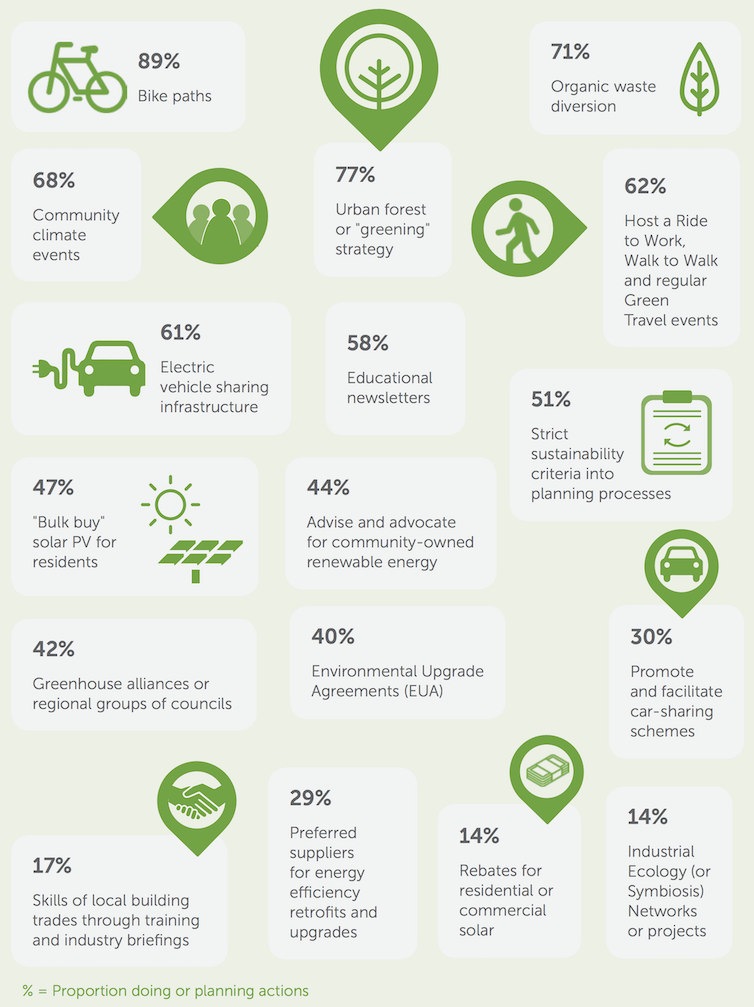 Australian local governments can do many things to help reduce their community emissions. Australian Local Government Climate Review 2018, CC BY

By measuring greenhouse gas emissions at the local scale, the protocol supports local governments and communities as important actors in climate governance. Adding local efforts together gives them a stronger voice in national and international arenas. This political pressure is especially important given the inadequacy of countries’ commitments to meet the Paris Agreement targets.

Even though the protocol adds weight to local climate commitments, translating these commitments into action can be challenging. Consistent with IPCC standards, the protocol frames greenhouse gases in two important ways.

First, greenhouse gases are measured according to defined “sectors”. These include stationary energy, transportation, waste, industrial processes and product use, and agriculture, forestry and other land uses. These categories are shorthand for the complex and extended systems of infrastructure, resource flows and human activities that produce greenhouse gases.

Municipal boundaries often align poorly with these systems. The data on activity needed to calculate emissions are often patchy or misaligned at the local scale. Local governments and communities rarely have the authority to intervene directly and change these larger systems.

So although the protocol helps to direct attention to local activities and systems that produce emissions, changing those systems and activities is usually more complex.

These calculations are entangled with the claim that “a ton of carbon is everywhere the same”. It forms the basis for regulated and voluntary markets in carbon trading.

However, there are problems with this assumed interchangeability. As Larry Lohmann argues:

While carbon trading encourages ingenuity in inventing measurable ‘equivalences’ between emissions of different types in different places, it does not select for innovations that can initiate or sustain a historical trajectory away from fossil fuels […]

In sum, the Greenhouse Gas Protocol supports the legitimacy and strengthens the voice of local governments and communities in global climate governance.

At the same time, defining emissions by territory and sector does not fully reflect the complexity of the infrastructure systems and human activities that cause emissions. In particular, the protocol can reinforce a framing of carbon as an exchangeable commodity. This poses the risk that choices about whether to reduce or offset emissions could be skewed.

Without suggesting there is no place for territorial carbon accounts, it is important to recognise that how we measure emissions shapes possibilities for how we might manage them.

Alternative approaches such as consumption-based accounts measure greenhouse gas emissions from what is consumed by an individual or within a territory. This draws attention to choices about what we eat and what we buy, and to the social norms and systems of wealth, which are harder to see in territorial accounts.

The key point is that no single measure of greenhouse gases can offer a definitive view. As a complement to the protocol, an additional question for local governments and communities to ask when trying to manage greenhouse gases is: “Where do we have the power to effect change, and why does that change matter to us?”