Net zero emissions by 2050 or 2025? Depends how you think politics works 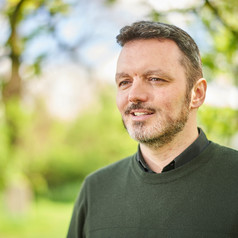 The UK should reduce its greenhouse gas emissions to net zero by 2050, according to a major new report by the Committee on Climate Change, the government’s official advisers. It’s an ambitious target, but others say the country could go further. Friends of the Earth and other NGOs support a target of net zero by 2045, while activist group Extinction Rebellion want it by 2025.

The committee recognises that setting an earlier date might “send a stronger signal internationally”, but states that 2050 is the “earliest credible date”.

Had the world begun to take serious action back in the early 1990s, when the UN first discussed the problem, the transition away from business as usual would have been much gentler. We now face a much larger task, as global emissions have continued to grow and a fossil fuel-friendly economic structure has become ever more embedded into everyday operations.

So when should – and indeed could – the UK aim to reach net zero?

The question really hangs on how you believe politics works. Either you feel that a tough but “uncredible” target is the only way to get politicians and businesses to actually step up and start the transformation, or you believe that nudging the economy onto the right trajectory will then create an unstoppable momentum.

The first thing to recognise is there is a difference between what might be considered politically “credible”, financially feasible, societally acceptable or even physically possible.

We’ll start with finances. Achieving net zero, or indeed any significant reductions in carbon emissions, will require a huge investment in renewable energy and sustainable transport. The European Commission estimates upgrading pipelines and electricity grids alone will cost €200 billion. Bringing forward that investment to achieve net zero in a five year time horizon, as opposed to a 30 year one, is daunting.

There are many significant barriers to achieving even the relatively slow transition recommended by the CCC. In particular, investors want clear and consistent commitments from governments, but past changes in low carbon policies (such as the UK government scrapping its household solar subsidy scheme) have led to a lack of trust.

To achieve net zero, grid infrastructure will need to radically change and the UK will need to be better connected to mainland Europe so that renewable technologies, and energy storage options, can be located in the most optimal places across the continent. Europe has already identified several priority projects which would support the transition to low carbon.

However, even fast tracked projects can take more than three years to get permission. One of the four priority projects identified is the North Sea offshore grid (NSOG) which would connect renewable generation in the North Sea, Irish Sea, English Channel and Baltic Sea to areas of electricity consumption and storage.

A key challenge here is to really understand how deploying tidal projects and thousands or millions of solar panels and wind turbines, along with the associated infrastructure, might impact on another demand of Extinction Rebellion – biodiversity protection. To do all this in five years would mean our entire electricity infrastructure would need to be redesigned in just a few months.

To be politically acceptable, any target is likely to need to meet two demands. The first, as stated by the Committee on Climate Change, is that is it “credible”. This is a very subjective term, of course, and visions of universal suffrage or an end to slavery also started out as utopian. A 2025 target could be perfectly credible if there was the political leadership to deliver it.

But political acceptability also depends on social impact. It is true to say that mitigating climate change is a benefit for society. But in the short term, if planned incorrectly, tackling climate change could make energy and food more expensive, and increase inequality.

While it may be possible to show bold political leadership and deploy technology much more rapidly, is it possible to achieve the societal change that is needed?

Some of this will involve relatively simple asks. The CCC says biodegradable waste should no longer go to landfill, for instance. But other asks will be much more difficult, such as drastically reducing or stopping all aviation, while the UK currently faces a skills crisis and will struggle to train enough engineers, planners and biodiversity assessors.

Net zero by 2025 is not physically impossible. There is no real barrier to deploying the technology required or to achieving the necessary changes in behaviour. But to achieve this, it is not a question of physical possibility but rather whether you believe it is possible to change the economic structure and political decision making of the UK (and EU and world) overnight to allow us to deploy all possible solutions over the next five years. Given that Brexit has so far taken a little over two years, politics is, unfortunately, a much more difficult challenge that cannot be fixed simply with technological solutions.

Reach for the stars of 2025 and we might just hit the moon in 2035 or 45. But reaching for the stars may also frighten government into believing that a space race is too expensive. The Extinction Rebellion, alongside school strikes and David Attenborough’s “Climate Change: The Facts” have brought a welcome focus to the urgency of climate change and the UK government must now back a net zero target, even the less ambitious 2050 target. But, more importantly, it must significantly ramp up those policies that will shape our transition to net zero.

Click here to subscribe to our climate action newsletter. Climate change is inevitable. Our response to it isn’t.