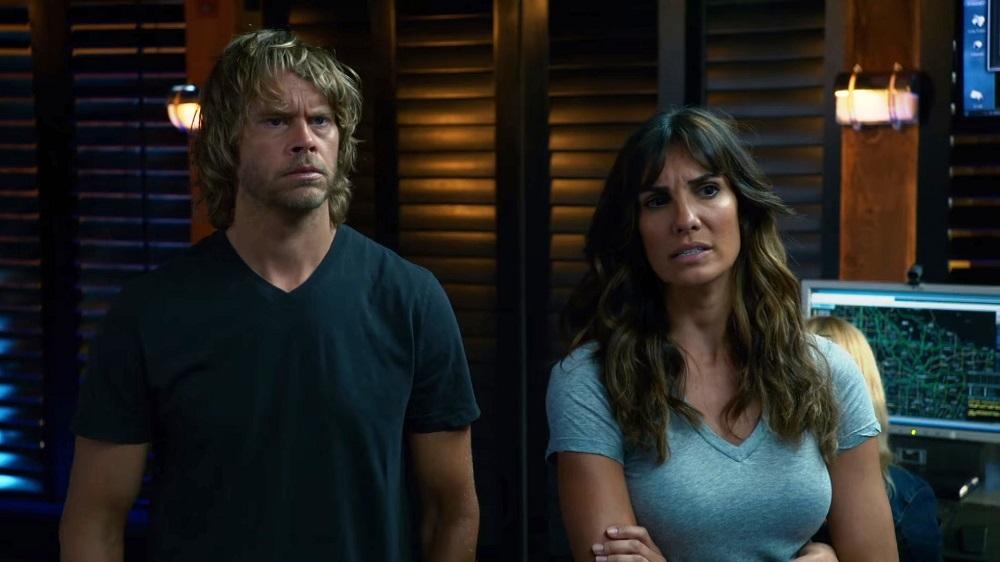 Before the big wedding this year, the case that awaits in “NCIS: Los Angeles” season 10 episode 13 will give fans the much-requested arc focused on Daniela Ruah’s Kensi Blye. Kensi will connect emotionally with an upcoming guest character in this 2019 installment.

A couple of teaser photos for “NCIS: Los Angeles” season 10 episode 13 from CBS (via SpoilerTV) show Kensi having a visibly emotional talk with a character named David Sarraf (Eyas Younis). David serves as an important witness who, unfortunately, gets badly hurt while doing his part.

The “NCIS: Los Angeles” season 10 episode 13 teaser photos show Kensi’s genuine concern and care for their badly hurt witness. Just how and why Kensi feels this strong connection with David is still a mystery. But CarterMatt offers the possibility that David’s genuine desire to seek justice might be the mere reason why Kensi feels obligated to be with him throughout this ordeal.

In “NCIS: Los Angeles” season 10 episode 13, titled “Better Angels,” the team will be working with the Global Criminal Tribunal. The investigation begins after David reaches out to the agencies to seek justice after finding evidence that chemical weapons are used on non-combatant individuals in war-torn Syria.

Unfortunately, while David will be “brutally attacked” as he goes to deliver the presumably damning evidence. Though he seems to survive the attack in “NCIS: Los Angeles” season 10 episode 13, fans cannot be certain if he will stay alive throughout the episode.

The attack will not instantly kill David in “NCIS: Los Angeles” season 10 episode 13 but it leaves him dangerously pinned down by a car. It is possible that rushing to remove the vehicle might just worsen David’s condition. This leaves him in a painful situation for some hours and Kensi volunteers to be by David’s side.

Hopefully, the paramedics and law enforcement officers find a way to safely rescue David while NCIS and partnering agencies nail down the perpetrators of using chemical weapons on innocent Syrians. “NCIS: Los Angeles” season 10 episode 13 will air on Sunday, Jan. 13, at 9 p.m. ET on CBS.