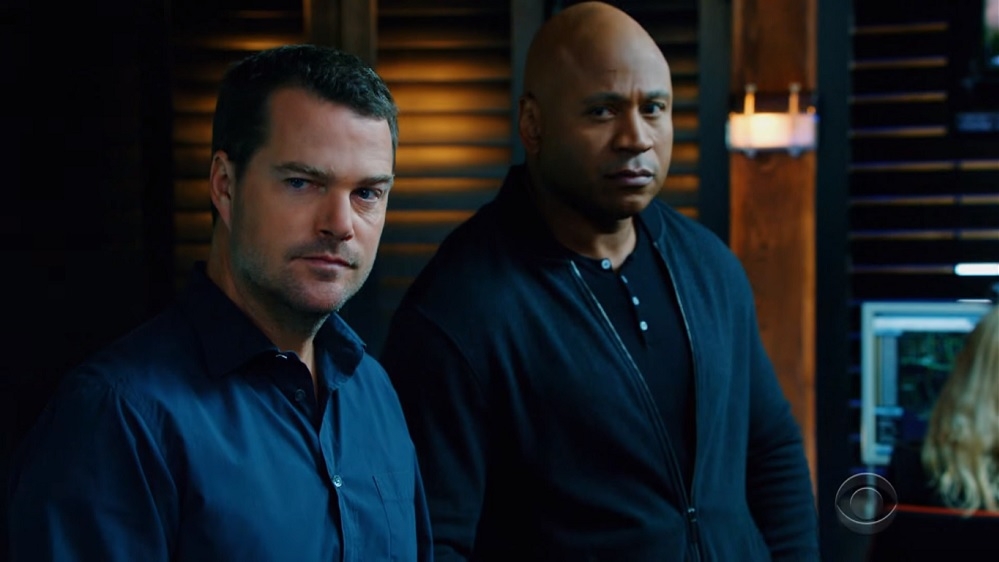 The story to unfold in “NCIS: Los Angeles” season 10 episode 12 has the potential to spark a much bigger problem. The first installment in 2019 will be focused on the threats received by Navy Commander Valerie Torres (Roxana Brusso), chief of logistics for a naval weapons station.

Eric tells the team that Torres suffers a concussion and is in the hospital during the briefing. Callen is quite confused why they are called in to investigate as the situation in “NCIS: Los Angeles” season 10 episode 12 seems more like a “medical case” for him.

However, Nell tells them that Torres believes someone wants her dead prompting her to request for a security escort whenever she goes to work. Kensi considers that this might just be caused by upset personnel. But Sam brings up the fact that Torres is in charge of a “500,000 square feet of ammunitions storage.”

It would not take long before the rest of the team considers the possibility there is a real threat. Deeks points out that disrupting the chain of command will affect the entire operations of Torres’ station. It makes the weapons station an appealing target of a mega-heist with thousands of high-end naval weapons at risk.

Meanwhile, it seems like Torres is way past the part of needing a security detail. So the team will be more focused on finding out whether a terror threat sends Torres to the hospital in “NCIS: Los Angeles” season 10 episode 12 airing on Sunday, Jan. 6, at 9 p.m. ET on CBS.

If someone is targeting a facility as big as the ammunition stash Torres is in charge of, best expect that the case in “NCIS: Los Angeles” season 10 episode 12 would lead to a much bigger problem in the following episodes. The synopsis did offer the possibility that Torres is just overwhelmed by stress, but this is quite anticlimactic and an unlikely direction for the show to take.