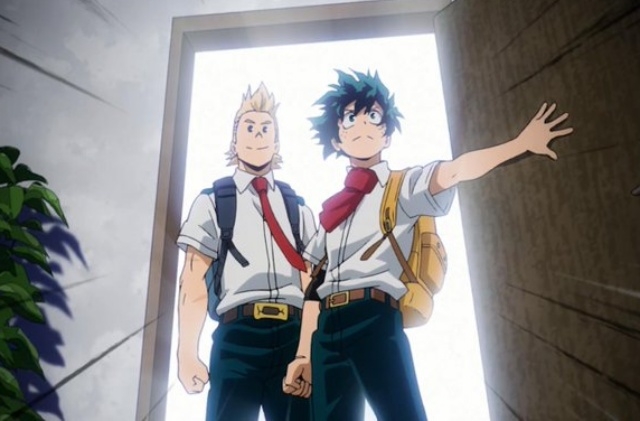 “My Hero Academia” chapter 249 will still be about Endeavor and the interns. He was recently assigned to train Katsuki Bakugo, Izuku Midoriya and Shoto Todoroki and fans will see how great he is as a teacher.

Even if they have been together for just a short time, he can already tell what his students need to learn and their weaknesses. Endeavor can see what each one lacks and knows fully well how he is supposed to help them improve.

With Endeavor’s guidance and training, his rookie students have learned more skills thus, they are better versions of themselves now. This means they have gotten stronger which effectively increased their chances of winning against the heroes’ foes.

The next chapter is delayed

“My Hero Academia” chapter 249 is not arriving this week. According to OtakuKart, the delay is due to the fact that its author, Kohei Horikoshi, is on break. Fans should wait for another week before the next chapter is released.

When “My Hero Academia” chapter 249 returns, it will show Fuyumi made an arrangement for Endeavor and the three interns to have some time to bond. She prepared dinner and invited everyone over. It was mentioned that the focus in this chapter would be on the Todoroki family as well.

Other things to expect in the upcoming story

Moreover, “My Hero Academia” chapter 249 will highlight Endeavor’s hero side and there is no question that Horikoshi helped him soften and to get back in shape after all the bad things that happened to him. Horikoshi obviously played a big part in shaping Endeavor’s character as a hero so he can redeem himself from his past mistakes.

Fans should also expect more interactions with Endeavor and his son Izuku. They may patch things up soon as they start to understand each other as they train together as a mentor and trainee.

“My Hero Academia” chapter 249 was confirmed to be released on Nov. 10. For fans who can’t wait until that day, the raw scans will already be available on Nov. 7. It should be noted that this chapter’s original release date is Nov. 3, as per Comic Book.