More women are becoming game developers, but there's a long way to go 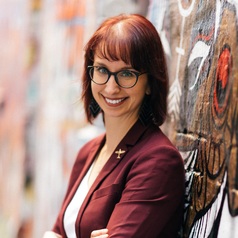 Recent data from the Australian Bureau of Statistics shows a rise in the number of women working in the Australian games industry. In 2011-2012, only 8.7% of game developers identified as female, with that amount almost doubling to 15% in 2015-2016. Still, to put this in perspective, the ABS recorded just 734 people working in the industry as of June 2016.

I am one of them and while the figures are encouraging, I’d argue many challenges still remain. When 47% of video game players in Australia are female, we must consider why so few are employed to make them.

Attracting women to the industry can be a challenge. One reason for this is that STEM subjects (science, technology, engineering and mathematics) in education institutions are still seen as male-dominated realms and therefore, so are the careers associated with them. And as the Australian Human Rights Commission noted in a 2013 report, male-dominated industries create a culture that may have a “higher tolerance of behaviours that could be viewed as sexual harassment” and gender biases when it comes to hiring and promoting.

I have been asked by young women if I have experienced harassment or sexism working in the games industry. Underneath this question is another: will I be safe? I haven’t experienced harassment, but I have felt the effects of unconscious biases in the workplace. This has taken the form of being spoken over in meetings and sometimes feeling isolated. I am fortunate that I worked with people with whom I felt comfortable enough to voice my concerns and be heard.

In more extreme accounts, prominent women working in the industry overseas have spoken of being paid dramatically less than male peers and blocked from opportunities to grow. Lead artist Jane Ng writes in the 2016 book Women in Game Development: Breaking the Glass Level-Cap, that her years of experience were often overlooked and noted how “well meaning professionals could still perpetuate a sexist culture where women were continuously put through trials to prove their worth …”

In 2013, games studies academic Dan Golding called for the industry to fix its diversity problems. Last year, in a book co-authored with Leena van Deventer Gamechangers: From Minecraft to Misogyny, Golding wrote:

It can be hard to break into the industry and stay there especially in an environment that ranges from ambivalent and unused to their [women’s] presence to outright hostility.

Game communities can be toxic from both an industry and a consumer perspective. “Gamergate” in 2014 was a prime example: women developers in the US and online were harassed and even threatened after speaking out about sexism in the industry and the objectification of female characters in games.

What is being done?

Initiatives such as WiDGET provide resources and a community of support to encourage young women to study STEM subjects. Girl Geek Academy was also recently funded to continue initiatives like SheHacks (which aims to recruit 1,000 women interested in establishing startups) and She Makes Games, which encourages women to learn code, design and business skills. Film Victoria offers a Women in Games Fellowship and MCV Pacific, a games industry news outlet, actively showcases many outstanding women in games each year.

#SheHacks encourages women to make their own tech startup.

When it comes to recruiting, there are already some games companies improving their strategies to employ a more diverse range of people. Lisy Kane, co-founder of Girl Geek Academy and Producer at League of Geeks, an Australian games company, told me, “I was the first female hired in the team back in 2014, now in 2017, we have 35% women in our team.”

Diversity has always been on the agenda at League of Geeks. When hiring, Kane said, “Studios need to get better at recruiting and stop the Rolodex syndrome”, ie reaching beyond those they know personally.

Another example of diverse hiring in the industry is Lumi Consulting, a games marketing company co-founded by Lauren Clinnick and Katie Stegs. When I asked Clinnick about hiring practices, she said: “Diverse teams can help a company gain a competitive advantage.” Diversity also fosters a thriving culture and better return on investment. Regarding Lumi’s workforce, Clinnick said: “Most of our team are openly queer and none of us have degrees in game design, art and programming”. Indeed, many don’t realise that technical proficiency is not a prerequisite for working in the industry.

Retaining women already in the industry is vital as a means of ensuring they can reach senior roles and positions of leadership. Giselle Rosman, Director of the International Game Development Association Melbourne, told me flexible work arrangements are crucial to longevity: “They make roles and company culture more appealing as women are often primary carers.”

Armello is the debut game from Australian game studio, League of Geeks.

I believe that companies, event organisers and education institutions should adopt quotas to ensure women are more evenly represented among their staff, speakers, teachers and students.

Golding, meanwhile, would like the industry to work with organisations such as the Australian Human Rights Commission “that have experience and accountability in terms of solving these problems in other industries”.

And on an individual level, we can support our colleagues by lending our voice when they are spoken over, checking our biases and asking about appropriate pronouns. All of this is vital for a safe, more inclusive industry.

Brooke is grateful to have received a Women in Games Fellowship from Film Victoria and a travel assist grant from the GDAA. This year she received the MCV Pacific Women in Games Creative Impact Award and she is featured in the ACMI Codebreaker's exhibition from July - November 2017. She currently works in the Australian games industry as a writer, narrative designer and producer. She has been on a panel for She Makes Games hosted by Girl Geek Academy.