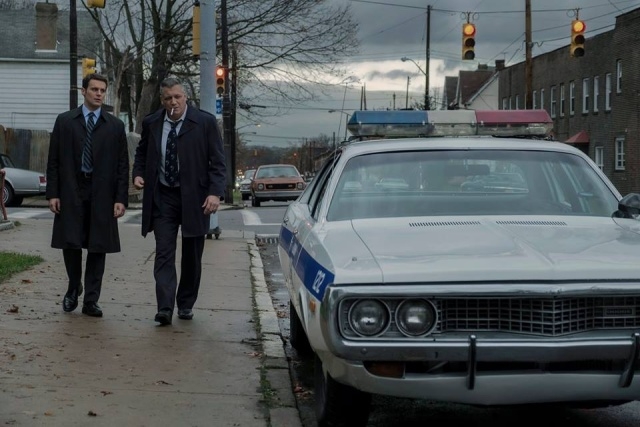 “Mindhunter” season 2 is finally here, and this is big news for the fans since they have been waiting for the drama for about two years now. Most of the details about the series were already revealed, so it is literally just a matter of waiting for the show’s release now.

“Mindhunter” season 2 was renewed in November 2017 and filming followed in 2018. Now, as its premiere is fast approaching, Netflix offered more teasers by publishing a bunch of photos featuring scenes from the upcoming episodes.

The images were presented to the press on July 17, and everyone was treated to over 200 snaps. The first look will really pique the interest of the viewers as many scenes are intriguing.

Aside from offering the first look for “Mindhunter” season 2, the photos also revealed the main characters in the series. Jonathan Groff (Holden Ford) and Holt McCallany (Bill Tench) and Anna Torv (Wendy Carr) are very prominent in the images, so this means they will be back for sure to reprise their characters as FBI agents and a doctor, respectively.

When “Mindhunter” season 2 returns, fans will be treated to a total of nine episodes for this installment. This is less than one episode compared to the debut season, but still, it promises the same thrill and action that will push the viewers on the edge of their seats.

The story that season 2 will cover

The new season is set a few years later and will cover the Atlanta serial child murders that took place between 1979 and 81 in Georgia. The FBI Behavioral Science Unit led by agents Ford and Tench together with Dr. Carr will once again interview serial killers to analyze and hunt down the notorious killers of the children. There are 28 victims in this case, and the team will turn to Charles Manson and Son of Sam to solve the murders.

The premiere date for “Mindhunter” season 2 was revealed by its executive producer and director David Fincher. He was the guest at KCRW's podcast titled “The Treatment” last week, and he accidentally said the date.