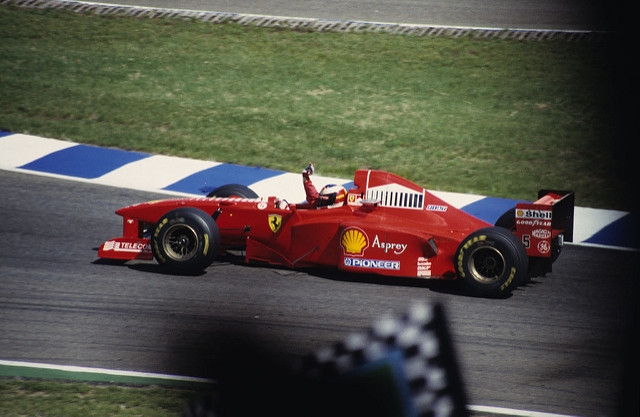 Michael Schumacher’s daughter, Gina-Maria Schumacher, gathered her family together to support her in a horse riding event. The family’s public appearance was one of the very rare occasions since the former F1 racing champion was tragically injured in a skiing accident.

The racer’s wife, Corinna Betsch, and their children, were all in the stands to support Gina-Maria at the SVAG CS Classic last Saturday in Givrins, Switzerland. Reports have likened Gina-Maria to her father due the nature of her chosen sports.

The Daily Mail reported that the organizers of SVAG CS Classic have really good words about Schumacher's 21-year-old daughter. “The very first nonprofessional to step on the SVAG CS Classic Open podium made history in this year’s edition of the CS Classic: Gina Schumacher.”

“Not only did the talented and multi-awarded NRHA and FEI young rider take third place in the Open; along with her dream-team companion Gotta Nifty Gun, who she won the NRHA Non Pro World Championship and FEI World Reining Championship for Young Riders, she captured the $18,000-added SVAG CS Classic Non Pro,” the event organizers added.

On the other hand, Michael Schumacher’s 19-year-old son, Mick Schumacher, is also following in his footsteps as a racing driver. Since 2008, Mick has been joining car racing competitions.

Recently, many fans were a little bit confused by Mick’s choice of racing initials. Instead of having the same as his father, Mick went for SCM. In a video, the young racer said, “I've seen some of you think my initials are MSC, but that's not the case. These are my father's initials.”

With that, many believe that Mick’s decision was inspired by the goal of keeping his father’s legacy in the history of F1 racing. Michael Schumacher bagged seven world championship trophies — a historical record — before retiring and eventually encountering the skiing accident.