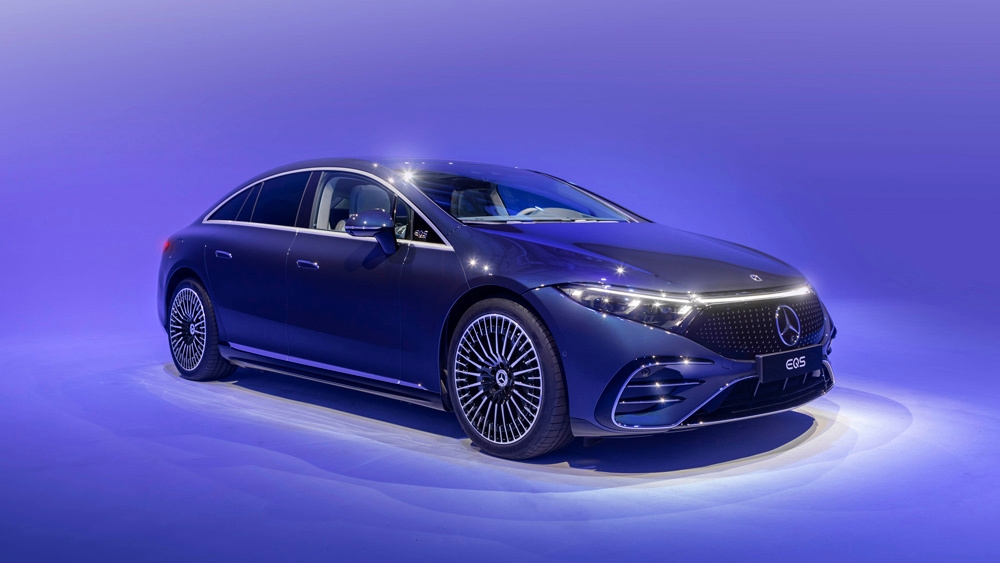 Mercedes has unveiled its Mercedes EQS, the battery-powered equivalent of its flagship S-Class sedan, expected to be priced over $100,000 and go on sale in the US in the fall.

Like the S-Class, the EQS is designed for roominess and comfort.

With no need for a large engine, the EQS was designed with a sloping hood reminiscent of cab-forward designs most popular in the 1990s.

It also has a more gently tapered back end, helping the EQS become the world's most aerodynamically efficient factory-produced passenger car.

The car can go about 480 miles on a charge, according to estimates using European testing standards.

Inside, the Mercedes EQS has an optional touchscreen system that covers the entire dashboard from the driver's side window to the passenger's.

Beneath this immense curved glass panel, there are three separate screens -- including one just for the passenger -- but they have the appearance of a continuous surface.