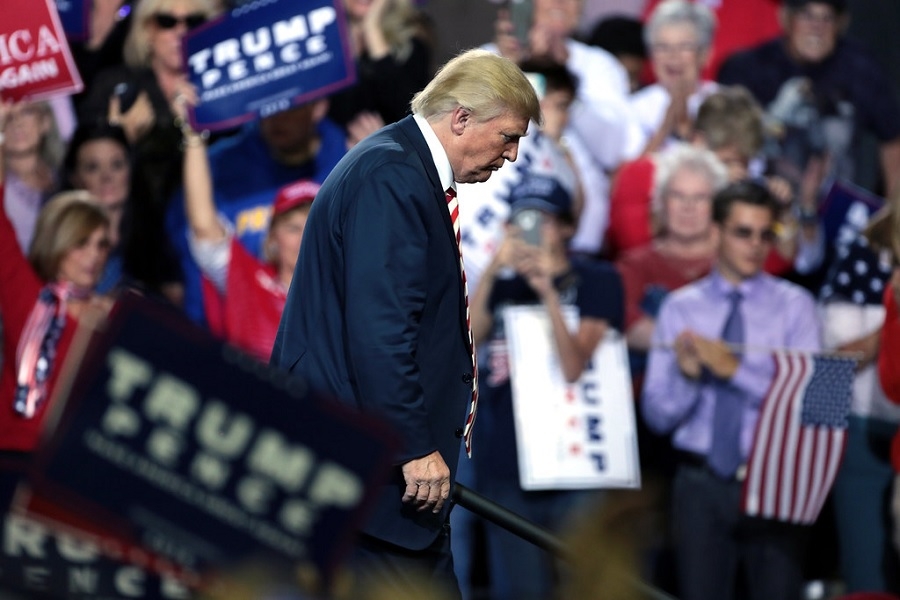 Donald Trump at a campaign rally in Prescott Valley, Arizona in October 2016. | Photo by Gage Skidmore/Flickr.com (licensed under CC BY-SA 2.0)

Melania Trump and Donald Trump have completely different approaches to using social media. The First Lady rarely puts up personal posts while the American president is seemingly unstoppable in attacking his critics whatever time of the day. Unfortunately for Mrs. Trump, her Be Best campaign is often being questioned with the way her husband acts online.

Last week was a very important time for the ongoing fight to save the environment with young leaders like Greta Thunberg leading the movement. She spoke at the United Nations’ United General Assembly Climate Action Summit with a necessarily unforgiving remark.

”People are suffering, people are dying, entire ecosystems are collapsing. We are in the beginning of a mass extinction and all you can talk about is money and fairytales of eternal economic growth.” Watch Greta Thunberg speak at the UN Monday morning. https://t.co/Akkxm9sXdr pic.twitter.com/ahHKlhbYaE

The 16-year-old Swedish environmental activist asked world leaders why does the fight to save the environment needed to be led by children like her instead of politicians mandated to preserve the Earth’s resources. A video of her speech has since gone viral on various online platforms with one retweet coming from Trump. Despite Thunberg’s obvious stern tone in her speech, Trump commented that she “seems like a happy young girl.” And it did not take much for netizens to see through the President’s allegedly sarcastic post to mock Thunberg.

Hey, @FLOTUS, is this what you meant when you said #BeBest?

Your husband is mocking a 16-year-old girl w/autism.

If people mock Barron, we on the left are the first to condemn them.

Meanwhile, it would not be surprising if Trump does not agree with Thunberg given his previous comments on climate change. The Swedish activist has repeatedly told politicians to heed to scientific studies when thinking about their next steps to tackle climate change.

On the other hand, one of Trump’s most popular tweets comes from 2012 where he claimed that global warming is just a concept invented by China to gain advantage in the manufacturing business over the U.S. Trump’s indifference on climate issue is still questionable to many especially when he notoriously skips important meetings to tackle environment concerns.

Melania Trump has not said a word about Thunberg since the climate activist’s latest appearances in the U.S. Congress and the U.N. earlier this month. But with her husband’s recent online attacks on Thunberg, critics are now questioning her silence as well as her Be Best campaign.

The Be Best initiative is the campaign Trump launched when she assumed her duties as the First Lady. It focuses on youth welfare, and one of its main advocacies is against bullying, whether online and offline. It is then not surprising that critics call on the attention of the First Lady whenever they think her husband posts snide comments online, especially when it is directed to a 16-year-old girl.