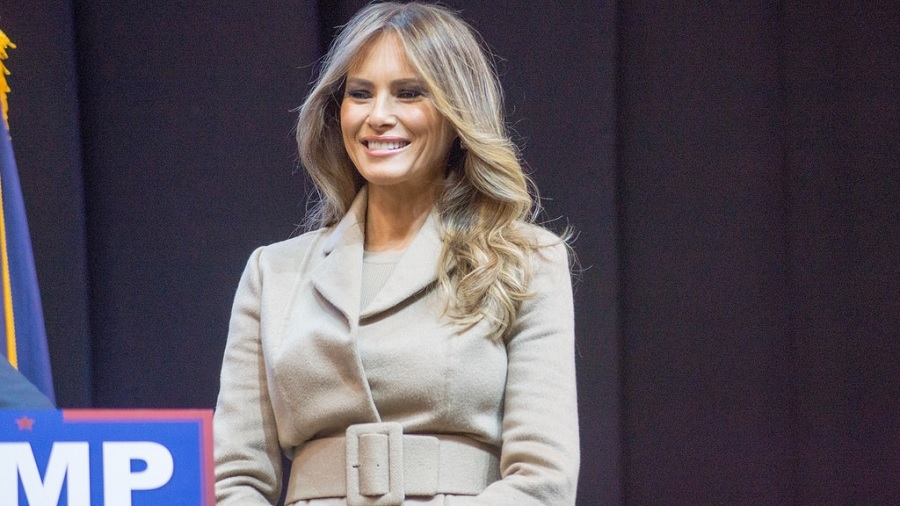 A photo of First Lady Melania Trump taken during Presidential campaign in 2016 | Photo by Marc Nozell used under a Creative Commons license (CC BY 2.0) via Flickr

Since United States President Donald Trump and his family occupied the White House, there have been several books released allegedly exposing the behind-the-scenes interactions among the first family and other Presidential staff. One of the latest books released is called “Kushner, Inc.” by author Vicky Ward who recently revealed an interesting story that paints a picture of Melania Trump and Ivanka Trump’s relationship.

Both women have their roles in the Trump administration with Melania serving as the First Lady while Ivanka was appointed Advisor to the President about two years ago. However, their early days in the White House were allegedly interesting, according to Ward.

In the author’s appearance at “The Late Show with Stephen Colbert,” she was asked if there is anyone that can turn down orders or requests from Ivanka and Jared Kushner. To which Ward replied that Melania can be an “interesting suggestion.”

To prove her point, Ward revealed that Ivanka Trump allegedly wanted to have a “Trump family office” in White House’s East Wing. This part of the complex has long been known as the designated space for the First Lady and her staff’s office. When Melania Trump learned of Ivanka’s trump, Ward said, the FLOTUS “put a very quick end” to such plans.

Ivanka’s purportedly foiled East Wing plans also meant another thing, according to the author. While Melania’s step-daughter kept telling the media she did not want to get involved in politics, Ward said, she was actually making White House-related hard plans behind-the-scenes.

This is not the first report to speculate that Melania Trump’s relationship with Ivanka Trump is not on the best terms. In November 2018, the New York Times ran a story focused on the two women’s role in the White House and the dynamic of their relationship that was described to be “complicated.” The Times added that it was not hard to spot for people working in the White House that then-Chief of Staff John F. Kelly allegedly needed to intervene.