Meghan Markle, Prince Harry: Are they right in limiting Archie’s exposure to the public? Royal expert says they are overdoing it 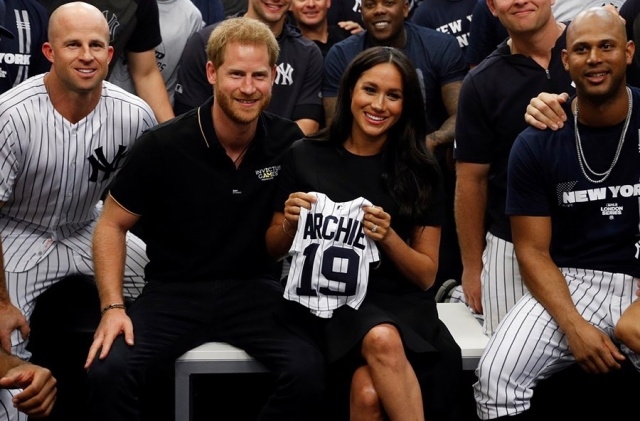 Prince Harry and Meghan Markle have received criticism for making their son Archie Harrison Mountbatten-Windsor’s christening a secret. The citizens of Britain were also furious as the couple decided to keep the baptism’s details confidential. They said that they have the right to know since they are paying tax money that they have been spending for themselves.

The Duke of Sussex and his wife were said to be only protecting their son’s privacy, so they came up with the decision. They want to limit what the public can know about their family, and they are determined to keep it his way even though they are public figures.

Prince Harry and Meghan Markle should not overdo it

While people can understand if the Duke and the Duchess of Sussex want privacy, they should also consider the public’s interest since they are part of the royal family after all. The people can know as much, and in fact, the other royal families like Prince William and Kate Middleton have never been this secretive, yet they still enjoy some privacy.

According to The Sun, a royal expert said that Prince Harry and Meghan Markle must not be “frightened” when Archie is photographed in public. He noted that while they are restricting people from taking photos of their son, bringing Archie along at the recent polo match was an “encouraging thing” because they seem to be loosening up their guard a bit.

“I think a lot of us were wondering whether or not he would be hidden away and kept away from the lenses,” the royal expert said, “They shouldn’t be too frightened of Archie being photographed. He is seventh in line to the throne.”

Harry and Meghan’s is handling the British media wrong

Another royal expert agreed that the royal couple is overdoing the “privacy” thing. Richard Fitzwilliams appeared on talkRADIO, and he said that Prince Harry and Meghan Markle have a problem with the way they are dealing with the media.

Finally, he said that the couple was heavily criticized for being so secretive on Archie’s christening and they could be making a huge mistake. Fitzwilliams explained that this is because they have been shutting down the media in the wrong way. He said that when the time comes that they have to send an important message across to the citizens and the world, they may not be able to since they are slowly cutting their relations with the public now as they continue to keep things for themselves.