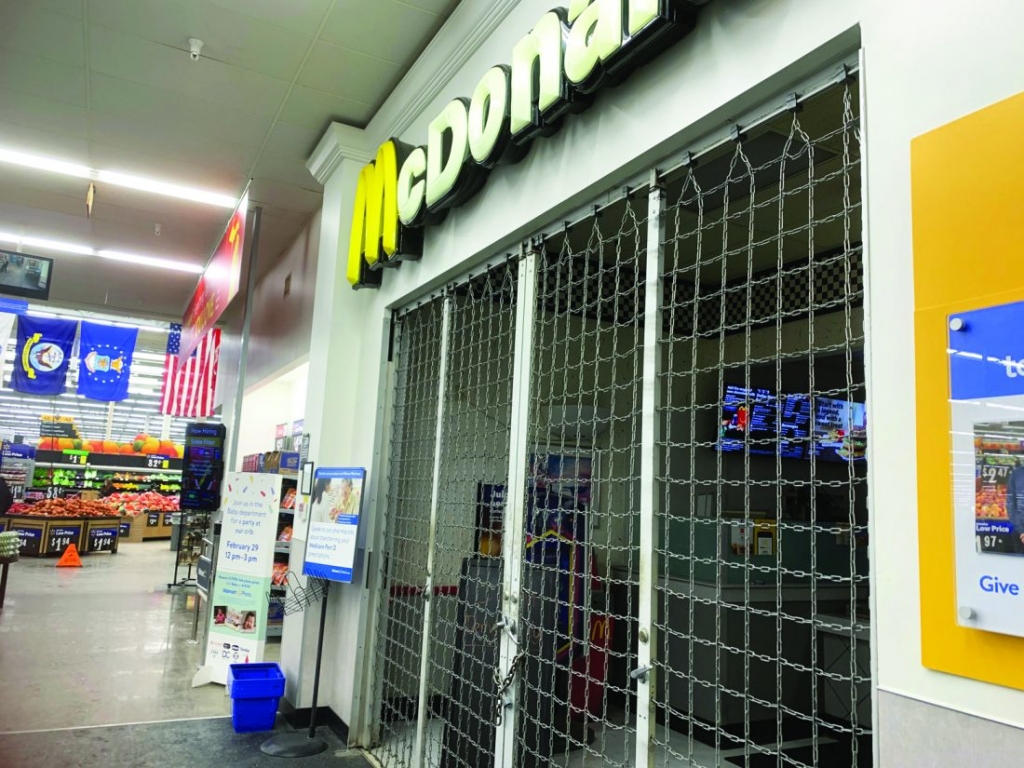 About 200 US McDonald's stores closed in 2020, and over half were "low-volume restaurants in Walmart store locations.

McDonald’s is closing hundreds of restaurants located in Walmart stores, expected to be finalized by the summer.

Approximately 150 restaurants will remain at Walmart after another wave of planned closures.

Walmart spokesperson Molly Blakeman said the spaces aren't sitting empty as they could continue to fill them.

Blakeman said Domino's, Taco Bell, and Charleys Philly Steaks have occupied some spots as have other businesses like barbershops. She added that Walmart is adding Ghost Kitchens and Hissho Sushi, one of the country’s largest wholesale sushi vendors, in some stores.

The McDonald's-Walmart partnership began in the mid-90s. At the partnership's peak, there were roughly 1,000 McDonald's restaurants in Walmart stores.

About 200 US McDonald's stores closed in 2020, and over half were "low-volume restaurants in Walmart store locations, according to Kevin Ozan, McDonald’s chief financial officer.

McDonald's announced last July that it was accelerating restaurant closings amid the coronavirus pandemic.