‘Lost in Space’ season 2: When is it coming to Netflix? Trailer reveals Robinson’s new dilemma in the new installment 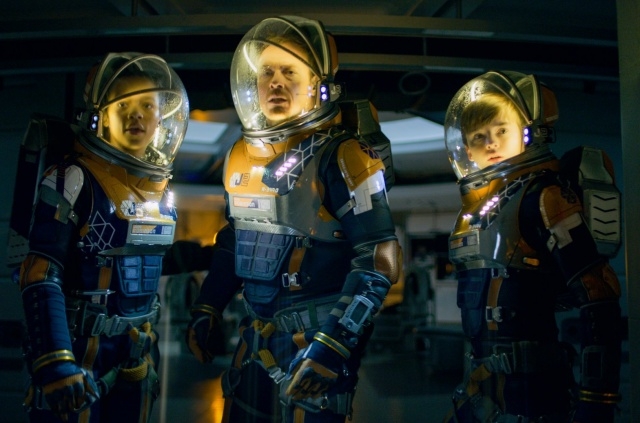 “Lost in Space” season 2 is coming closer and it promises to show more about the Robinson family. There will be new adventures to deal with and most importantly, there will be new dilemmas to face as enemies lurking around could attack any time.

In short, the family of five in the “Lost in Space” story will experience a big crisis that they have no control of. They have no choice but to fight back and find ways to survive until they can go back to where they came from.

It can be recalled that the Robinson family was aboard the Resolute and headed to Alpha Centauri to join a colony but they were stopped after their route was diverted to another planet. They could not figure out what happened at first but the family now believes they were attacked and landed instead on a planet they have never seen before, as per CNET.

While on the unknown planet, Will Robinson, the youngest child of John and Maureen, met The Robot and they became really close. The alien robot helped the family to cope and fight some enemies while they try to fix their ship. However, in one of the fights, The Robot suddenly disappeared and left no trace at all.

The search for the Robot is on

In “Lost in Space” season 2, it was revealed that the family would move to find The Robot and they will never stop looking until they find it. Will who was especially attached to the alien machine vowed not to give up the search and find his friend before they could leave the planet.

As can be seen in the new video teaser of “Lost in Space” season 2, the Robinson family is in great danger now that the Robot that was protecting them since they landed in a strange world is gone. They do not know what happened to it but even Will’s older sisters Penny and Judy assured their young brother that their friend would be found.

The official synopsis of the new season

The plot summary for “Lost in Space” season 2 was revealed through a press release and part of it reads: “There are more danger and adventure ahead for the Robinson family! With the Jupiter 2 stranded on a mysterious ocean planet without their beloved Robot, the Robinsons must work together to make it back to the Resolute and reunite with the other colonists.”