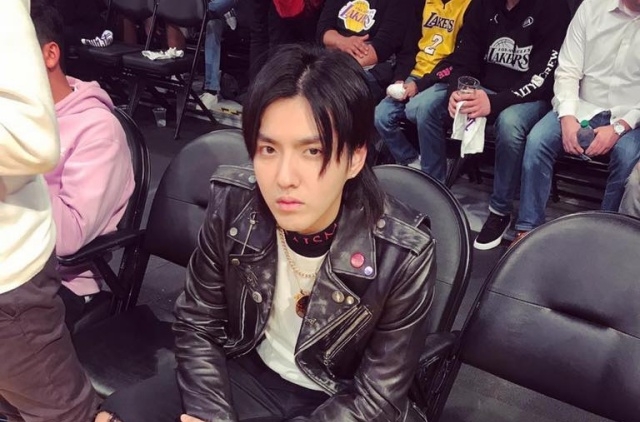 Kris Wu still has huge followers despite leaving EXO and heading to China and continuing his career in the entertainment business. He was one of the tallest in his old group when he was still a Kpop idol and slimmest as well but now that he is promoting solo, fans noticed that he gained weight.

Wu’s chubbier appearance even trended on Chinese social media platforms, and on Weibo, his weight became one of the most discussed topics. Some people directly called him fat and there were even discussion threads with the title “Kris Wu is getting fat.”

Did Kris really gain too much extra weight?

Kris Wu has always been thin especially when he was still promoting with EXO that is why when he suddenly showed up with chubby cheeks, he was immediately called fat. In his photo with Singaporean singer JJ Lin, which was taken not too long ago, the change in the artist’s appearance was very noticeable so many were surprised by his heavier body and rounded face.

With his chubbiness, some commenters even said that he started to look like Bobby Yip’s son Yip Pak Sing. They said that with his current looks he now bears huge resemblance to the Hong Kong actor’s son.

Kris was asked about his “fat” appearance

Radii China reported that Kris Wu was interviewed by a journalist and he was fat-shamed as he was being questioned. The publication pointed out that the interviewer was going in circles when all that she wanted to ask was about his weight gain.

She was throwing questions like “Do you have a habit of eating midnight snacks?” and “How have your meals been lately?” which is quite embarrassing because she was trying to ask Kris Wu about his diet and how did he get so fat. The artist caught what she was trying to do so he simply revealed that he is on a diet these days.

Wu added that he is doing his best to get back in his original form and get his weight under control. He is also working out and explained that he believes that his body and appearance is changing because he is getting older