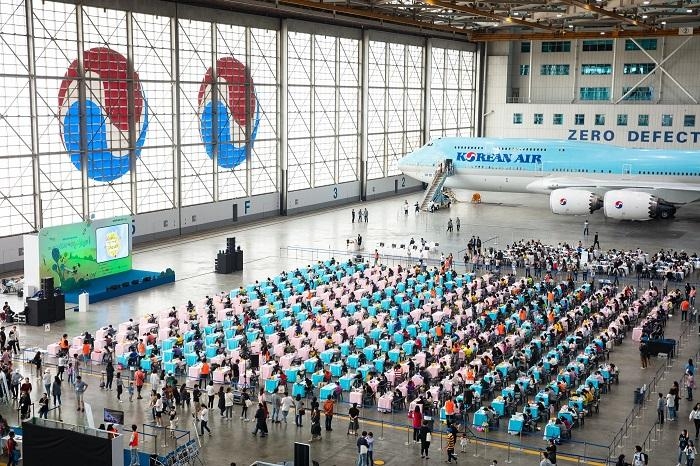 Korean Air Lines Co. will raise one trillion won by selling stocks with shareholders given preemptive rights to buy 79 million stocks to be issued at 12,600 won per share.

The sale is part of the self-help measures approved last month by its creditors, the Export-Import Bank of Korea and Korea Development Bank, to extend fresh capital to Korean Air, as a condition for a capital infusion of 1.2 trillion won.

The new shares will be listed on July 29.

Hanjin KAL Corp., which owns a 29.96 percent stake in Korean Air, will still determine whether to inject 300 billion won into the carrier.

As part of self-rescue efforts, Korean Air placed 70 percent of its around 20,000 employees on paid leaves for six months starting April 16 and is selling non-core assets to secure cash.

Last week, Korean Air pursued Credit Suisse's consulting services on its business reorganization as part of a deal to get 1.2 trillion won capital infusion from the Korea Development Bank and the Export-Import Bank of Korea.

Korean Air has cut down the number of weekly flights from more than 900 to 55 flights, and international routes from 110 to 13.

In June, Korean Air would increase the number of weekly flights to 146 and of its international routes to 32.