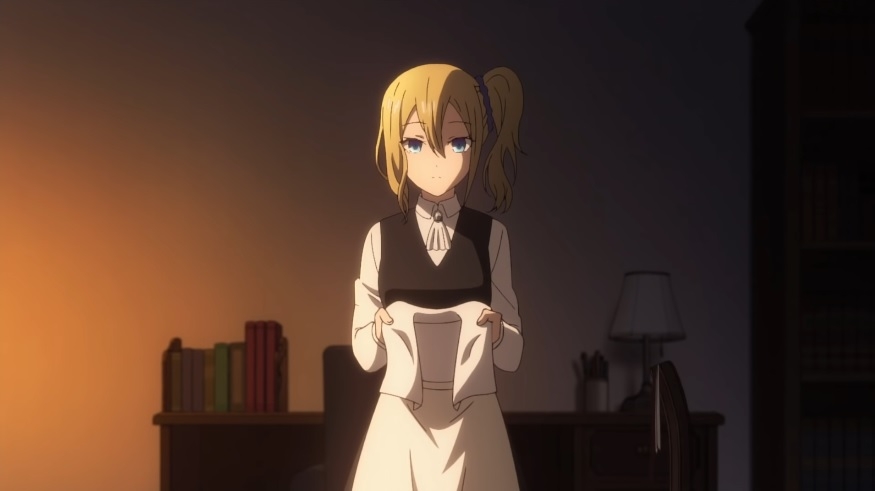 Fans of Hayasaka will enjoy the events in “Kaguya-sama: Love Is War” chapter 196 as her new-found freedom leads to her making friends with more characters in the series. This time, she will find herself bonding with Maki along with Ishigami and Miyuki.

The chapter arriving this week is a good chance for fans to know a little bit more about Maki while also showing Hayasaka having fun on her own terms. Most of “Kaguya-sama: Love Is War” chapter 196 is spent at a batting center where Maki, Hayasaka, Ishigami, and Miyuki will go after their classes. Since Maki is part of the Shinomiya clan, Hayasaka is not surprised that Maki is immediately good at batting even though this is her first time.

Hayasaka, on the other hand, has had plenty of practice before because batting is what helps her release anger when she was upset with her “former employer.” But the main source of comedy in “Kaguya-sama: Love Is War” chapter 196 is Miyuki and Ishigami’s poor batting skills.

The highlight of “Kaguya-sama: Love Is War” chapter 196 is the interaction between Hayasaka and Maki. It subtly shows Hayasaka is still adjusting to her new situation like when she wonders why Miyuki and Ishigami address Maki so casually. Being a servant to Kaguya for a long time, Hayasaka is still used to the honorifics. But Maki has always been gracious when it comes to these things and prefers to call her friends by their first names. Maki proves this to Hayasaka when she tells Kaguya’s former servant that she can address her however she wants.

‘Kaguya-sama: Love Is War' chapter 196 release date, where to read

“Kaguya-sama: Love Is War” chapter 196 is officially scheduled to release on Wednesday, July 29. However, the complete scan of the chapter with the English translation has started circulating online a couple of days early.

The weekly release of the official “Kaguya-sama: Love Is War” chapters are not available in many countries, so English-speaking fans can only rely to fan “scanlations.” But they can still show support for the series by purchasing its volume releases.