Jungkook steals the show at the MAMA 2019 red carpet; BTS and their fashion highlights at the awards ceremony 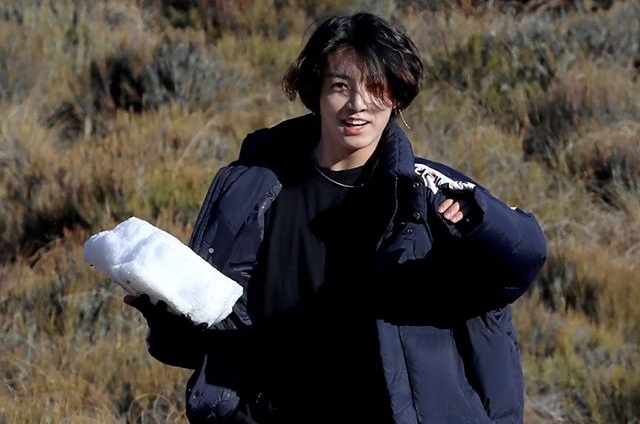 Jungkook and the rest of the BTS band have recently brought home the major awards at the 2019 Mnet Asian Music Awards that was held at the Nagoya Dome in Japan on Dec. 4. The phenomenal group won in all the categories that they were nominated for, and this includes the Artist of the Year, Worldwide Fan’s Choice, Dance Performance - Male, Best Male Group, and Song of the Year.

Then again, it was not just the awards that Jungkook and BTS got the most attention because their fashion at the red carpet was also dissected by the fans and fashion experts. All the seven guys don nice outfits, but who among them dressed the best?

Why Jungkook stole the show at the MAMA 2019

Jungkook is the youngest in the team, and even his bandmates find everything he does very cute. And in the recent awards ceremony, he innocently stole the show even before the event started when he was left to hold to microphones when they walked on the red carpet.

UK’s Metro reported that Jungkook look confused with his two mics, but RM saved him by taking one from him. He looked relieved, but then it got funny again when the BTS leader and Jin placed the mic near the “Euphoria” singer lips at the same time so he can give a comment, but he just stood there and remained silent.

jungkook with the 2 mics, and when namjoon grabbed it he just: pic.twitter.com/QRzMLADnUA

In any case, Jungkook and his hyungs showed up at the MAMA 2019 wearing the latest creations from the French brand Celine. The boys don outfits from the brand’s spring/summer 2020 collection that was designed by Hedi Slimane.

Jungkook was seen wearing a simple long-sleeve topped with a long camouflage coat. The rest of the team wore bomber jackets, striped shirts that were accessorized by hats, unique brooch, and scarfs. Finally, the South China Morning Post opined that V was the best dressed in the group with his denim shirt, striped jacket, dark denim pants, and brooch ensemble. Meanwhile, Jungkook is expected to release his own mixtape soon, as he previously announced.