Jungkook: BTS member proved he is a trendsetter; Fans rushed to buy the hanbok he wore causing the seller’s site to crash 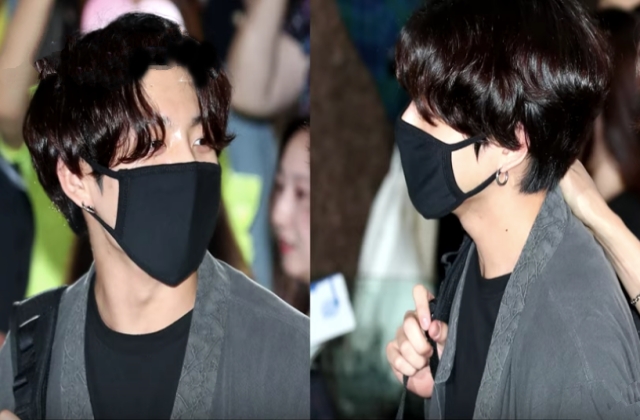 Jungkook proved his star power when he sold out something again. It seems that he has the Midas touch because everything he touches turns to gold.

It can be recalled that he famously sold out the Downy fabric conditioner that he said he is using to make his clothes softer after a wash. He was with his BTS co-members, and they were broadcasting live via V Live when he revealed the information. Immediately after this, the product got sold out in Korea, and it was supposed to be a three-month supply made by the manufacturing company.

Next, he went on V Live again but this time, by himself. He said that BTS just finished their event in Busan and he is relaxing in his hotel room. He showed that he was drinking wine and fans spotted what brand it was, and it sold out as well with the seller apologizing for the unavailability of the stock.

The king of “sold out” did it again this month when this time, after wearing a traditional hanbok, fans looked for the exact brand and style and bought it online. It sold out like hotcake, and in fact, the seller’s site reportedly crashed for the deluge of orders. Many fans from overseas also bought the item so no wonder that the hanbok ran out of stock.

Jungkook was seen wearing the hanbok at the airport when they were flying to Japan for their “Love Yourself: Speak Yourself” world tour concert. It was said that the hanbok that he was wearing is a formal wear, but he wore it in his own style, and it looked so trendy that it doesn’t look a hanbok.

As the BTS’ youngest member’s hanbok gained attention, it was learned that the outfit was from the line of Zijangsa brand. The set of pants and top cost KRW 34,000 or US$29 and it is available in 11 colors.

Finally, in the show, Style Unboxing, the hosts noted how it is not easy to pull off wearing hanbok and look trendy in it. They said that it would be hard for them to wear Korea’s traditional outfit and look good since fashion has changed so much. The hosts praised Jungkook for breaking the stereotype of idol fashion trends and the view that hanbok is such an outdated outfit.