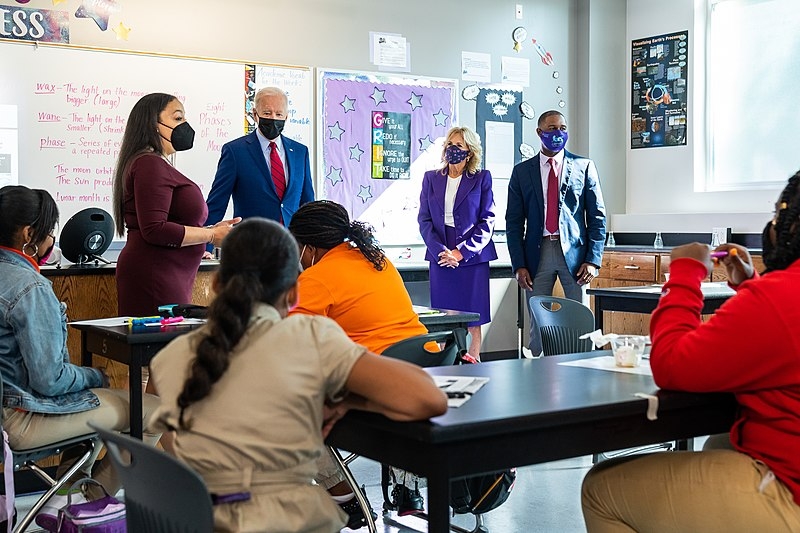 Many top Democratic figures have campaigned for Democratic California Governor Gavin Newsom, who is facing possible removal from office in a Republican-led recall effort. Following visits from vice president Kamala Harris, it is US President Joe Biden’s turn to hit the campaign trail and make the case for Newsom in his visit this week.

Biden will be hitting the campaign trail for Newsom this week as he begins his three-stop tour of the west coast in California, Idaho, and Colorado. Biden will make a last-minute effort to convince voters to vote against recalling Newsom as governor in Long Beach. California residents will be voting on Tuesday, September 14, on whether or not to keep Newsom in office.

Republicans led the effort in pushing for a recall over Newsom’s COVID-19 protocols, mask mandates, the high cost of living, and the increasing homelessness in the state. A similar effort that was made 18 years ago led Republican Arnold Schwarzenegger to become the state’s governor. However, Newsom, who was easily elected to the governorship in 2018, still has a big chance of remaining in office as California is a largely Democratic state.

Nevertheless, Democrats are taking the vote seriously, reaching out to residents in an effort to increase voter turnout despite the efforts of California Republicans to claim fraud before the election has finished. Newsom is still in a tight race against Republican Larry Elder.

During Biden’s visit to Idaho, 1,000 people were present, protesting against the vaccine mandates in Boise, railing against Biden’s strategy to curb the COVID-19 pandemic. Infection rates are still rising in states amongst the unvaccinated and refuse to do so. Those protesting are also still believing in the “big lie” pushed by disgraced former President Donald Trump that the 2020 election was stolen from him among other grievances they seem to have against the Democratic leader.

Half a dozen police officers were stationed in Boise at the entrance of the National Interagency Fire Center while other law enforcement officials patrolled the area.

It should be noted that Idaho is one of the states with the lowest vaccination rates. One in every 210 Idaho residents has tested positive for COVID-19.