How Business Audiobooks Can Help You Master Your Money

James DuBose Shares Insights on How to be a Successful Entrepreneur

Jeremy Corbyn's shakeup of Big Pharma isn't the only way 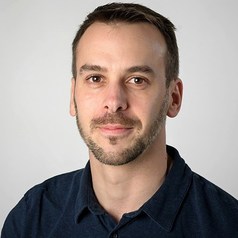 Jeremy Corbyn took to the podium at this year’s Labour party conference to reveal his bold new “Medicines for the Many” initiative. In his speech, he accused the pharmaceutical industry of profiteering and suggested that patients were “being denied lifesaving medicines by a system that puts profits for shareholders before lives”.

Corbyn specifically called out Vertex Pharmaceutical. In 2018, the drug company rejected a £500m offer from the NHS for its revolutionary new drug for cystic fibrosis, Orkambi, thereby denying over 4,000 people a life-changing treatment.

Corbyn’s new initiative calls for a shakeup of drug development, arguing that “our current health innovation model is fundamentally broken”. Indeed, the £500m offer for Orkambi seems like a generous deal that no one would refuse, so surely Corbyn is right and drugs companies are greedily holding healthcare systems over a barrel?

Well, yes and no. The average cost of bringing a new drug to the market is around US$350m and can take 20 years or more. A large pharmaceutical company will have many drugs in development at any one time to spread its chances of success.

But many of these drug development programmes will fail before any money can be made, so the many millions of dollars spent along the way are lost. This forces companies to recoup their losses by charging high prices for the drugs that do make it to market.

In such a high-risk environment, it’s little wonder that drug companies look to maximise their profits wherever possible. The problem is that it is driving the cost of new drugs up to the extent that even the healthcare systems of wealthy countries are struggling to afford them.

We are in danger of entering a new era of medicine where only the rich can afford the latest drugs.

One of Corbyn’s main complaints was aimed at the way drug companies patent their new drugs to secure exclusive rights over how they are licensed and marketed.

For drug companies, patents are essential for securing income because they provide a legal framework by which the owner can dictate the terms of use. In other words, if a drug company has a patent on a new drug, only that company can decide where and how it is made and how it is sold.

Corbyn wants to control this privilege by maintaining the right to issue “compulsory licensing” on patented drugs that have been deemed significantly beneficial to the public. Although this may sound draconian, the right of a country to do this is backed by the international “Doha Declaration” adopted by the World Trade Organisation in 2001.

The declaration defines when a government can bypass patent rights to provide better access to essential medicines that it considers necessary for its citizens. This has already happened in Germany and Malaysia. Both countries recently issued compulsory licensing for patented drugs under the legislation provided by the Doha Declaration. In the UK, there are parliamentary calls to implement compulsory licensing for Orkambi.

Corbyn’s call to issue compulsory licensing is one approach, but there are ways governments can work with the pharmaceutical industry to bring the cost of new drugs down.

Nowadays, drugs are becoming more sophisticated and “biological” in nature. This new class of drugs, called “biologics”, includes things like therapeutic antibodies as well as cell and gene therapies. They are revolutionising the way we treat a variety of diseases.

The problem with biologics is that they are extremely difficult to make. If governments focused their energy on funding research into manufacturing techniques and creating state-run facilities with which biologics can be produced on behalf of the pharmaceutical industry, they would find themselves in a much better position at the negotiating table when it comes to dictating the price of new drugs.