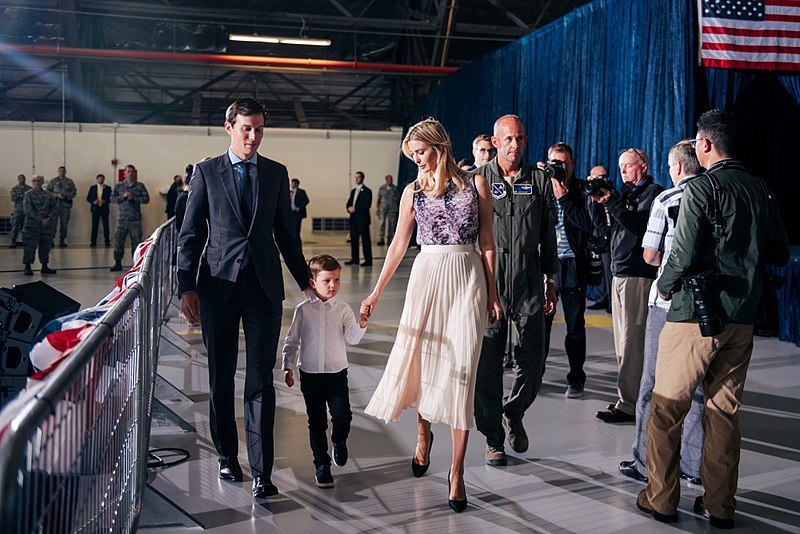 President Donald Trump and First Lady Melania Trump are set to travel to India this week. A new report reveals that they will also be accompanied by First Daughter and White House adviser Ivanka Trump.

Politicalflare reports that Ivanka Trump will be accompanying her father and Melania to their upcoming visit to India this week. Other staff members will be Ivanka’s husband and fellow White House adviser Jared Kushner, Treasury Secretary Steven Mnuchin and Commerce Secretary Wilbur Ross. They will be arriving at Ahmedabad on the 24th of February and will make a stop at Agra, before proceeding to the country’s capital of New Delhi.

They will be meeting with Indian prime minister Narendra Modi, whose hometown is also in Ahmedabad, where their meeting will be related to the trade relations between the two countries as well as their concern for China’s increasing influence over the nation.

Although Ivanka usually accompanies her father to political events, more than Melania, many can expect expensive photo ops from both the First Lady and the First Daughter especially in front of the Taj Mahal. The Trumps’ visit to India will also be following Modi’s previous visit to the United States back in 2019. When the President and his entourage arrive, they will be welcomed by a “Namaste Trump” event, similar to the event held back in the US for Modi in Houston, called “Howdy, Modi” where the majority of Indian-Americans were present.

Meanwhile, the Daily Mail reports that Ivanka shared an update on her Instagram with her son Theodore at the White House Mess, the dining facility for senior White House officials. “Lunch date!” wrote Ivanka as the caption of the photo. Trump also shared a black and white photo of herself back when she was pregnant with Theodore. “Friday Morning Mood” was the caption of the photo, which was from her 2016 spread on Town & Country magazine.

Ivanka also posted throwback photos in honor of her mother Ivana’s 71st birthday. She shared a few mother-daughter photos of herself when she was younger, skiing and bonding with her mother, followed by a glamour shot of Ivana in skiing attire.