Interesting Things to Know About Criminal Law in the United States 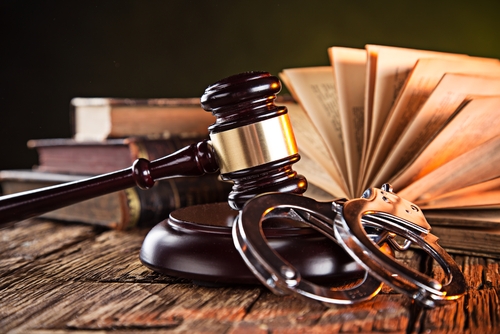 Criminal law in the United States can be confusing, with separate laws for children and adults, which can be tried differently. If you want to know more about how criminal law works for a certain case, a Houston criminal lawyer can help you. Or if you are looking for interesting things about American criminal law, read on for more fascinating facts.

An eyewitness’ reliability is not always certain. Even an honest person can make critical mistakes when making a testimony and the significant volume of unjust convictions observed can prove this.

However, a testimony made by an eye-witness can still be used. The New Jersey Supreme Court issued new rules for defendants to challenge eyewitness evidence in criminal cases. The court mentioned that if a defendant can prove that the identification by the victim or eyewitness was influenced by other factors, such as the police or certain conditions, a judge should hold a hearing to consider these issues. These factors include lighting, police behavior, stress experienced by the victim, and the time that has passed since the crime.

A person can get away with crime within a section in Yellowstone National Park. Michigan State University professor, Brian Kalt found this loophole in 2005. The park is considered a federal land, and crimes that take place in that area are under federal jurisdiction.

Under the law, an accused has the right to a jury trial consisting of residents from the place where the crime happened. However, there is a 50-mile stretch in Yellowstone Park, crossing some parts of Idaho, Wyoming, and Montana, which is unpopulated. This means that no potential jury members are qualified, so no jury trial can happen.

When Kalt knew about this, he informed lawmakers and gave suggestions on how to resolve the issue. But his efforts were not rewarded and this location remains a murder zone.

Performing sex with a dead person or necrophilia should be illegal. In some states, this act is considered a felony offense, but it's only a misdemeanor in others. Surprisingly, there is no law prohibiting necrophilia in more than 20 states. There are also other countries that don't have established laws against this act.

The police has the authority to take away your belongings, ranging from cash, properties or cars if they think they were illegally procured. This is known as civil asset forfeiture. A person can reclaim his possessions, but will have to face a lengthy and expensive legal process. However, most people will not bother since the expenses are usually higher than the items that were confiscated.

The capital punishment of hanging was replaced by the lethal injection in 1977 except in Delaware, New Hampshire, and Washington. Despite this, no execution happened since after the last execution in 1996 in Delaware.

Today in Delaware, its main method of execution is lethal injection, but criminals that are sentenced to hanging before 1986 are excluded.

If done properly, hanging should cause a person to die instantaneously but it could also make the victim experience excruciating pain for several minutes.

With the help of today's modern technology, DNA testing and analysis is considered the most reliable forensic tool. Unlike other forensic methods, it has confronted exhaustive validation and scientific experimentation before it was used in forensic science.

DNA testing has now challenged the reliability of other forensic tools. Peter Neufeld, co-founder of the Innocence Project said that more than half of the cases that were acquitted with DNA testing evidence were proven to have invalid or misused scientific evidence.

The US criminal law is far from perfect as what this interesting list has shown. Conflicting objectives result from considering both the interest for the public, as well as for the victim. Criminal justice is also affected by many things, including law enforcement officers, the judiciary prison, and lawyers. Knowing the law will help you to watch out for loopholes in crimes which may take place in the future.