In the face of fear and loathing, British Muslims must play hide and seek with their identity to succeed 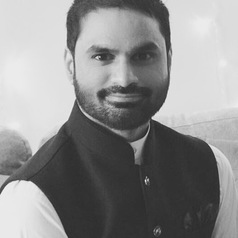 Islamophobia is a form of racism that is not well understood. Instead it is often ignored and increasingly even undermined, such as through the argument that claims of Islamophobia are a threat to free speech, or hinder the prevention of crime. Terrorism is an oft-cited example, or more recently “Asian grooming gangs”.

As it happens, when the All-Party Parliamentary Group on British Muslims proposed a new definition of Islamophobia following almost two years of consultation, Theresa May’s government used these very same reasons to kick it into the long grass.

Free speech must not be used to justify bigotry, any more than a definition of Islamophobia must not prevent genuine criticism of the tenets and practices of Islam. The fear or dislike of all or most Muslims and therefore dread or hatred of Islam is what Muslims want tackled.

But, despite calls last year by the UN Special Rapporteur on racism, xenophobia and intolerance for the UK to “comprehensively” combat racism and bias, this seems as unlikely as ever. Many Muslims therefore avoid using the term Islamophobia altogether, treating it almost with as much caution as other words like shariah, jihad and fatwah that have become associated with past moments of conflict between Muslims and western society.

In fact a great number of Muslims have gone much further, downplaying or hiding the Muslim aspects of their character in order to succeed or simply avoid hostility. At work, in universities, or on public transport, beards are shaved and hijabs removed or colourfully decorated to make them appear less stark.

This behaviour, known as “covering”, is practised, consciously or otherwise, in order to more easily blend into the mainstream. It is not a truly free act. Neither is it peculiar to Muslims: minorities everywhere will recognise it. Through covering, names are changed or Anglicised and CVs are “whitened”.

And so Nazim Khan becomes James Caan, the Dragon’s Den star. Sajid Javid, the Conservative MP who was the first Asian Home Secretary and is now the first Asian Chancellor of the Exchequer, thus believes in Allah but tells us that the only religion practised in his home is Christianity.

These camouflaging manoeuvres are intended to go unnoticed. They may seem drastic, but the reality is that a job-seeker with an English-sounding name is three times more likely to receive an interview than an applicant with a Muslim name. Data collated by the Race Disparity Audit reveals that almost half of all Muslims live in the bottom 10% of deprived districts in England and Wales. Despite higher rates of university participation and qualifications, Muslim women continue to have the highest rates of unemployment, and Muslims in employment experience the highest rates of in-work poverty, with persistently low wages.

While both the incoming Chancellor and Mayor of London are Muslim, it is rare to see British Muslims in positions of power and influence. The few that have managed to break the glass ceiling almost invariably find that to progress further they must be seen to take a hard-line stance against their fellow Muslims. Sajid Javid’s decision to revoke the British citizenship of ISIS wife Shamima Begum rather than to put her on trial in Britain is a case in point.

Another example is Javid’s refusal to back calls for an independent inquiry into accusations of Islamophobia in the Conservative Party. Having maintained this position for years, his recent decision to U-turn on this issue during his ultimately unsuccessful Tory leadership bid suggests he has always known there is a case to answer, but chose his moment in such a way that it helped him position himself as the “change candidate” among the contestants.

Since then a YouGov poll has confirmed alarming bigotry within the Conservative Party, with nearly half of party members stating that they would not want a Muslim prime minister. It is telling that Boris Johnson, speaking to the BBC, downgraded his promise from an inquiry into Islamophobia to a “general investigation” into all types of prejudice. He is either unwilling to ruffle feathers among those that hold these bigoted views, or shares them himself.

Covering is about the management of self-image, and the key question is always the same: is success, however that is interpreted, at risk? Will the act of covering alienate one’s fellow Muslims, or a specific group such as Sunni, Shia, Salafi or Deobandi, or one’s family? Is the trade-off worth it to become a “Muppie”, or Muslim urban professional? In contrast, could disclosing Muslim heritage be advantageous? Each Muslim must assess the risk and weigh the gains and losses of their decision, mental arithmetic that is significant, challenging, and exhausting.

Anti-Muslim sentiment sadly remains widespread, as expressed by Conservative peer and British Muslim Baroness Warsi in 2011 when she said that Islamophobic comments passed the “dinner table test”. Until this is addressed, the practice of covering will continue to be part of the daily experience of many Muslims.

This reveals that it is still not easy being a British Muslim, despite equality and human rights legislation, and the claim that mutual respect for and tolerance of those with different faiths and beliefs or none are supposedly part of our cherished “British values”. There can be little improvement without a widely-agreed, accepted and enforced definition of Islamophobia adopted by the public, private and charitable sectors.