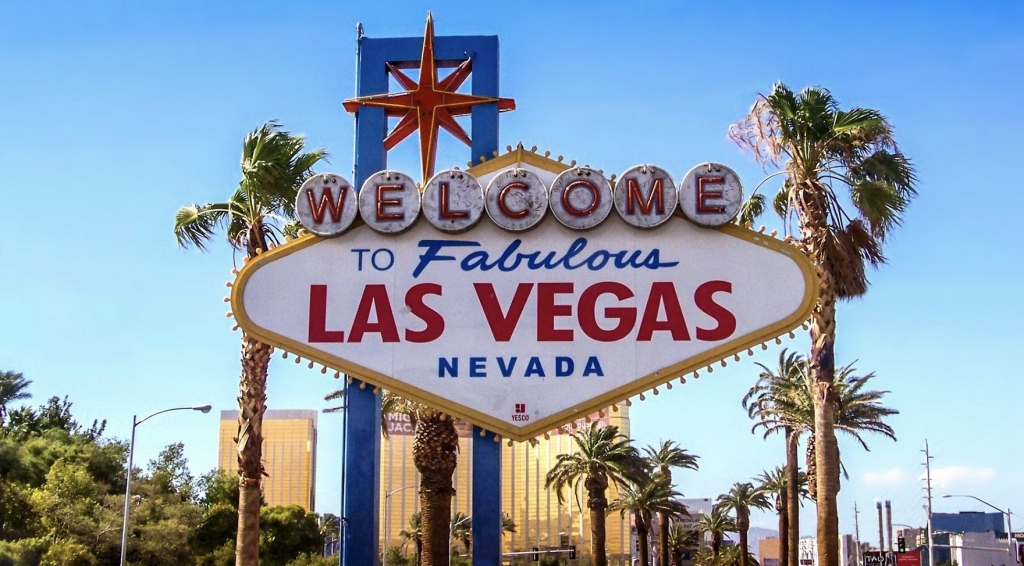 Las Vegas Nevada was built on the promise of a fast buck, but the casino industry has evolved dramatically and now contributes significantly to the fortunes of this city.

Preamble: These iconic words resonate with revelers from far and wide. Las Vegas, Nevada a.k.a. Sin City is America’s adult entertainment playground – a veritable hive of activity where unbridled gaming entertainment takes place around the clock. It is the biggest gambling market in the Western hemisphere, dwarfing the fortunes of Atlantic City, and all European gambling enclaves. Fabulous Las Vegas, Nevada is second only to Macau – the undisputed Titan of the gambling world.

Like it or loathe it, Las Vegas is a glittering milieu filled with festivity, fine cuisine, and spectacular gambling activity. Las Vegas was selected by mobsters in the 1930s as the perfect destination for running gambling operations, money-laundering, and illicit activity out in the Nevada desert. What began as a mob run economy rapidly transformed into a fully regulated, family friendly, entertainment destination. While casinos form the backbone of the Las Vegas economy, particularly the Las Vegas Strip, supplemental industries have rapidly grown and now contribute substantially to the burgeoning economy in Las Vegas.

The paradigm shift from pure gambling to hotel & casino entertainment, with Broadway-style song and dance, comedy shows, entertainment extravaganzas, fine dining, nightclubbing, shopping and adventuring are now part and parcel of the overall Las Vegas experience. The sum total of casino gambling and related activity now forms the bedrock of the Vegas allure. From humble beginnings, Sin City has rapidly evolved, reinvented itself, and become a premier entertainment destination. Nowadays, Las Vegas has transitioned into a feature rich betting paradise where all sorts of gambling activity are facilitated, including e-sports, sports betting, casino gambling, bingo, keno, and beyond.

How Big Is the Casino Economy In Las Vegas?

According to the Open Data Network, the Las Vegas Metro area in Nevada (2016 figures) generated a GDP per capita of $44,810. This is significantly lower than the figures generated in 2005 when GDP of $54,548 was measured. During 2017, there was a slight downturn in the economic fortunes of Las Vegas, and other international gambling destinations, as gambling spend decreased. Tourism numbers were down in Las Vegas, but prospects for increased business activity are looking up through 2019. This data was provided courtesy of the Center for Business and Economic Research at UNLV.

It is expected that visitor volumes will increase by 0.4% through the end of 2018, and 0.5% in 2019. Las Vegas business activity is fueled by many additional events such as live sports contests, including Nevada's Golden Knights who made it to the Stanley Cup Final. By the end of 2018, casinos in southern Nevada are set to see GGR increases of 3.7%, and an additional 2.5% through 2019. The 2008 – 2012 recession had a dramatic effect on casino GGR in Las Vegas, but there has been a reversal according to the Nevada Gaming Control Board, and studies conducted by UNLV. Las Vegas remains a laggard in terms of homebuilding, development, and investment, sitting well below the top 25 cities in the nation.

However, Bloomberg analyst Conor Sen published a feature on the Las Vegas economy in January 2018, indicating that the city is on the cusp of a major property boom. Property prices have been trending higher since 2014, with strong year-on-year changes in the Las Vegas home price index evident. This has been validated by sharp increases in the number of new one-unit private housing units that have been authorized by the city. Consider that in 2004, 20% of all jobs in Las Vegas were gaming related, and visitor spend in that year amounted to $33.7 billion. The Nevada Resort Association (NRA) put out a report on the benefits of gaming for Nevada in 2016. According to the report, some 301,700 workers across the Silver State are employed in the gaming industry. It's not only direct employment that counts, it's the ripple effect in peripheral industries. Indirect hires were responsible for an additional 68,900 jobs in Nevada.

How Many People do the Major Casinos in Las Vegas Employ? Prior to the recession, the unemployment rate in the Las Vegas Metro area was 4.1% in March 2007. After the recession, the financial crisis led to mass layoffs and the unemployment rate hit 14%. The economic downturn which resulted from the collapse of Lehman Brothers and the sub-prime mortgage market devastated the entertainment industry, and the casino industry in particular. Fortunately, the Las Vegas downturn was relatively short lived, and within 2 years revenue started rising again. However, housing prices dropped as much as 62% in 2007/8 as the bubble burst, oil prices rose and travel declined. Las Vegas, and greater Nevada has recovered significantly since the decline and the casino industry has facilitated strong growth with expansion and employment opportunities for Nevadans.

The Nevada Gaming Control Board reported that during the first half of 2017, Las Vegas casino net profits increased by 191.4% as a result of sports and tourism. A figure of $814 million was generated in Q1 and Q2 of 2017. Across the Silver State, spanning 272 casinos, a growth of 59.1% in net income was reported. Casinos are so critical to the prosperity of Las Vegas and Nevada, that multi-billion-dollar investments are being made in 6 massive projects slated by 2020. This will increase room availability by 6%, or 9000 new rooms. This includes a Marriott resort with 4000 rooms, a Resorts World Las Vegas casino with 3,000 rooms, and Paradise Park with 1,500 rooms. By the end of 2019, Hard Rock Hotel & Casino will be acquired by Virgin Hotels and will be completely remodeled. With more hotel rooms available, existing casinos will be expanding their bonuses and promotional offers, shows and extravaganzas, amenities and services, to entice patrons without diluting costs. Hospitality and tourism form the bedrock of the Las Vegas economy. Without a steady influx of tourists, Las Vegas will not be able to sustain daily operations. As a consumption-oriented industry, Las Vegas gambling establishments employ thousands of Nevadans. The industry has rapidly expanded over the years, encompassing service-driven enterprises with IT-based activity, skilled jobs, and innovative prospects in and around gambling. The University of Nevada, Las Vegas runs a premier college hospitality program at the William F. Harrah College of Hotel Administration. Side-by-side comparisons between Las Vegas and Macau paint an interesting picture. Both industries generated billions of dollars in gross gaming revenue (GGR), with Las Vegas at $7.09 billion in 2017 and Macau at $33 billion in 2017.

Nevada is also currently 1 of 4 US states currently allowing some form of online gambling activity. In Nevada, online poker is legal and a multi-state gambling compact was entered into with New Jersey and Delaware. This has helped to prop up gambling revenues in the Silver State, although Nevada does not differentiate between online gambling GGR and traditional gambling GGR. Nevada plays host to WSOP.com and Real Gaming Online Poker. AB 114 was signed into law by the Governor of Nevada on 25 February 2013. In 2017 for example, poker revenues brought in $118.5 million, up barely 1% ($800,000) over 2016 figures.

Of course, Nevada has not given a green light to online casino gaming like several other US states including New Jersey, Delaware, and Pennsylvania. New Jersey is the poster child for online casino gaming in the US, with substantial year-on-year growth figures reported. Then Governor Chris Christie signed online gambling into law in 2013, and the industry has generated over $1 billion since. New Jersey’s DGE has licensed and regulated several online casinos including 888 online casino to offer real money gambling games to legal-age players in the state. Sophisticated technology (geolocation tracking) ensures that players are physically present in the state, or within demarcated multi-state areas, to prevent unlawful gambling from taking place. The booming online casino industry in New Jersey reversed successive losses in GGR for the Garden State, and advocates are hopeful that new markets will open up in Nevada, California, and elsewhere.

In almost all cases since 2010, Macau has produced GGR of 4 - 5 times more than Las Vegas. What is impressive is that Las Vegas boasts significantly more visitors than Macau, with 42.9 million visitors in 2016 versus 30 million for Macau. In 2017, 42.2 million visitors frequented Las Vegas and 32.6 million visited Macau. Las Vegas clearly has the advantage when it comes to strength in numbers. It is one of the most popular tourist destinations in the world, and with an additional 9000 rooms available by 2020, pundits are hoping that the $7.092 billion figure will inch up to $8 billion in double-quick time. Online casino regulation is being eyed as a potential bonus booster for the Las Vegas gambling industry, but it is up against stiff competition in the form of Sheldon Adelson, Steve Wynn and other casino magnates.