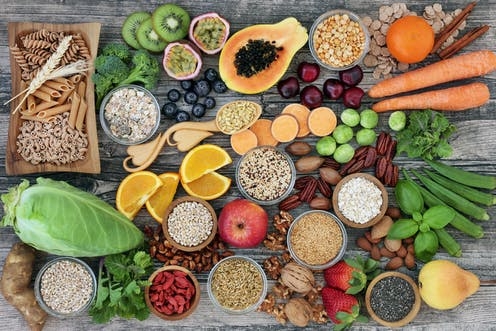 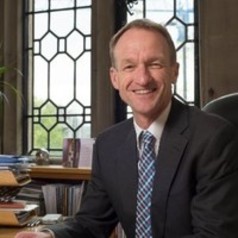 Concerns about inflation rates have risen as the UK economy begins its much-needed recovery from the effects of the pandemic. The Consumer Prices Index, the measure most commonly used to measure inflation, rose by 2.5% in June 2021, the highest level for three years.

That headline rate hides differences between the various things we buy, such as clothes, cars, leisure and food. In fact, food prices have actually been falling over the past few months compared to where they were a year ago. But there are fears they could rise – steeply – soon.

In the UK, food accounts for around 10% of total household expenditure. Everyone has to eat, so everyone is affected by price changes.

That said, the impact of rising food prices varies according to income – richer households are more able to absorb rising costs. Poorer households, who spend a greater proportion of their income on food (nearer 15%), are much more affected by it.

Overall, demand for food is relatively constant – we may change our consumption patterns between shops, brands and sometimes types of item (fresh or long-life orange juice for example) but in the main, our total demand is stable. This means that price changes are often driven by supply factors. These can be short or long-term, and driven by either domestic or global factors.

A short-term cause might be the weather causing droughts or floods which reduce output from farms, forcing prices up. Long-term factors include climate change or planting crops such as coffee or cocoa which take several years to reach maturity.

But we also need to recognise that people do not generally eat the initial food products of the agricultural sector. Instead, we tend to eat products that have been through a chain of processors and retailers. This means we should be cautious about making a direct link between weather effects on agricultural output and the prices we pay in the supermarket or corner shop.

The cost of food products also includes many non-edible aspects such as packaging, transportation, marketing and so on, which can mask changes in the cost of the actual food. So too can competition between retailers as they seek to keep customers loyal by dropping prices where possible.

Equally, we need to recognise that many countries do not produce all of their own food from domestic resources. The UK imports about 40% of the food it consumes ranging from items such as bananas, tea and coffee through to bacon, butter and lamb – products that it also produces domestically.

Supplies from abroad can be greatly affected by shocks to the system, such as the delays experienced during the pandemic, or trade policy changes. All these can help drive up prices, as can fluctuations in currency exchange rates.

Many countries also import globally traded raw commodities, such as wheat or corn, and the price of these are determined by global macroeconomic factors – a key one being the price of oil. 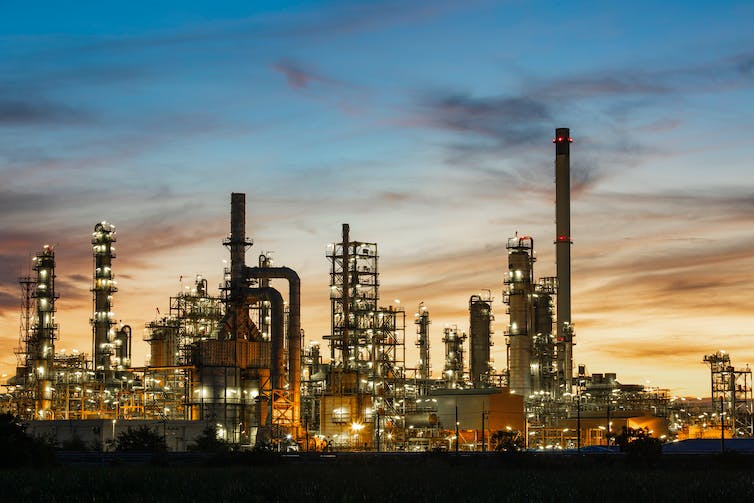 Oil, the fuel of food. Shutterstock/noomcpk

Oil matters for two reasons. First, the costs of transporting bulky commodities are very sensitive to increases in the price of oil. Second, oil is a key component of fertiliser and if its price rises, the cost of fertiliser rises, agricultural production costs rise and output prices can rise as a result. This can often be passed on through the food chain to the consumer in the form of higher retail prices – hence food price inflation.

Other factors driving this price spike included: a drought in Australia affecting wheat prices; a cheaper US dollar meaning demand for food grew as other countries could afford to buy more with their own currencies; and the impact of subsidies to farmers in the US to grow maize for fuel rather than food, which drove up the price of animal feed.

This was truly a global crisis as food prices rose rapidly in many countries leading to food shortages in low-income countries such as Niger, riots in others (such as Mexico and Indonesia) and governments attempting to control price rises by banning exports (Argentina and Russia).

Food supply will remain a global issue, which means controlling domestic food price inflation is not down to the government of the day. In the UK, consumers may have become used to relatively low and stable food price inflation rate over the last few decades – but we cannot assume this will always be the case.