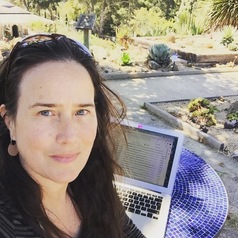 People around the world and throughout history have used birds to think about and predict the future. In Wales, the call of an early-arriving cuckoo in the spring foretells a good crop of hay later in the year. For Aymara speakers in the South American Andes, seeing a yellow-headed vulture is good luck, while spotting a black vulture is bad. In the Kalahari, southern Africa, !Xõ hunters carefully watch the black-faced babblers after an antelope hunt for signs of where their wounded prey may be.

Of all the ecological knowledge people around the world use in their day-to-day lives, an awareness of birds and bird behaviour is among the most ubiquitous.

Karen Park and I explored this phenomenon in our research, Listen Carefully to the Birds. Comparing reports from six continents, we found that people from diverse communities pay attention to particular birds and what they reveal about the world around us, from approaching weather to illness, mortality and the supernatural. 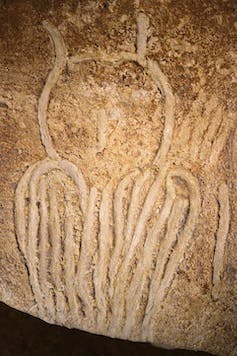 The oldest known representation of a bird is in Chauvet cave, France - a 30,000-year-old owl drawn with fingers on a soft wall. Wikimedia Commons, CC BY-SA

We looked at more than 500 accounts, in 123 languages, of how birds are “read” in this way. Perhaps unsurprisingly, owls were the most commonly cited bird as signs or omens, and were usually related to death, ghosts and fear, but occasionally to something more positive, such as the beginning of summer.

People also were found to commonly look to crows, cuckoos, woodpeckers, herons, eagles, nightjars and chickens for signs – but many other species also play a similar role.

Half of all bird signs were heard – that is, they related to birds’ calls or song. For example, in Ayoreo communities in northern Paraguay, the calls of the tê plovers and lapwings signal the drying of the landscape after a flood. Visual signs interpreted from the flight or other behaviour of a bird, meanwhile, accounted for a quarter of the total.

This intimate knowledge of what birds can tell us is also often reflected in the names given to them. For example, Arandic speakers in Australia call a type of cuckoo the “bush-banana yeller” in their language because its call brings the rain up the waterways, heralding the ripening of bush-bananas.

Many more bird signs and multilingual names can be found on the recently launched Ethno-ornithology World Atlas, an online collection of bird knowledge, and a space for collaboration between researchers and the communities where they work.

In many cases, the “reading” of birds is related to a sophisticated understanding of ecological relationships – black-faced babblers lead hunters to a wounded antelope, for example, by the way they act and the calls they make.

Similarly, the Welsh saying about the cuckoo may well be rooted in an awareness of the climate and its impact on animals and agriculture. The particular weather conditions that prompt cuckoos to migrate from north Africa earlier than usual, for example, may also result in good haying conditions.

Other connections may either be lost to history, or venture into the unverifiable and the literary. An example is the longstanding practice of European avimancy: foretelling one’s personal or political luck with birds.

Two thousand years ago, the Roman statesman and philosopher Cicero belonged to the college of augury, which interpreted the flights of birds and other auspices for the Roman state – perhaps with a certain amount of scepticism as to just how much the gods were involved. Shakespeare also had Lady Macbeth divulge her murderous plans using the connotation of ravens as messengers of death:

But ecologists are increasingly documenting the ways that birds are able to predict environmental conditions such as tornados – by avoiding severe storms on their migration paths, possibly through infrasound perception. Ecologists are also confirming direct communication and cooperation between people and honeyguide birds, long known to East African locals, which lead honey hunters to beehives in exchange for the leftovers.

Knowledge of these ecological indicators by professionals and local people are examples of sophisticated ecoliteracy – the ability to read landscapes, waterscapes and skyscapes to know what has occurred and thus what may yet occur.

As recently as 50 years ago, ecoliteracy was a taken-for-granted baseline education many around the world experienced as an integral part of their informal childhood learning. Today, however, these skills are on the wane in many communities. It is detrimental if we lose specific bits of ecological knowledge, but it is even worse if we stop paying attention to the natural world altogether.

More than one-third of the bird signs in our sample were reported to be “omens” – and, unfortunately for the recipients, they were mostly bad omens. Omens are signs, usually understood as not coming from any particular entity, that are a feature of humans’ propensity for seeking and finding guidance in the world around us.

By looking at the spectrum of bird signs, from those strictly based in ecological fact to those related to more supernatural notions of luck and omens, we are able to speculate about how they are related.

People everywhere have traditions for knowing the world; perhaps the skills honed in natural history observation are adopted into ideas about fate, luck and destiny as well. We are, after all, constantly trying to learn from the past and to anticipate the future.

From the person who depicted, tens of thousands of years ago, an owl on the walls of Chauvet cave, France, to the neighbour I overheard in a cafe talking about how they felt a visiting robin brought them luck, our lives are inextricably intertwined with those of the birds and other beings around us. By chronicling these relationships, we can better understand how people have lived in multi-sensory connection with their worlds – and keep that option open for both us and future generations.