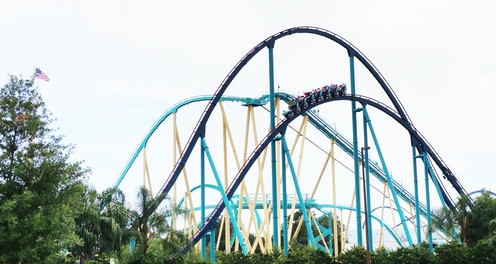 Some of the roller coasters on offer at Seaworld in Orlando, Florida. Candice Louw 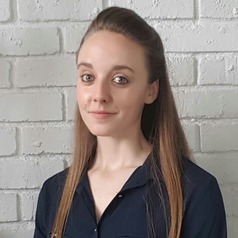 Roller coasters have been a popular attraction at theme and amusement parks around the world for more than a century. Whether it’s at SeaWorld in Orlando, Florida, in the US or the now-defunct Ratanga Junction in Cape Town, South Africa, these behemoths have a way of drawing the crowds. 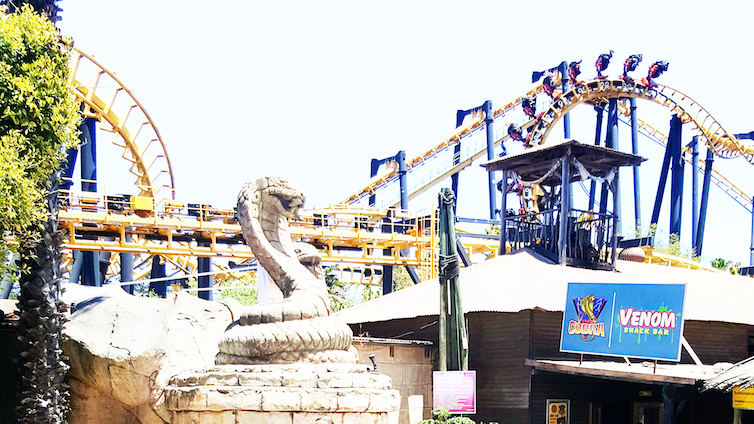 Research conducted in 2016 suggests that this trend won’t change any time soon: the most desired attraction, for the majority of amusement and theme parks across the globe, was a steel roller coaster. This indicates that roller coasters are a large contributor to the success of the amusement industry as a global tourism export.

Now the digital era has introduced a new spin on roller coasters: incorporating Virtual Reality (VR) into the experience. This marries the real and the virtual. While guests are fastened to their seats and ride the actual roller coaster, they are provided with a VR headset that introduces an alternate reality: you’re underwater, or even in outer space.

The world’s first VR enhanced roller coaster was introduced in Europe at Europa-Park in Germany in 2015. It was overlaid on an existing steel roller coaster.

But does this new technology pose a threat to the future demand and existence of steel roller coasters? That’s the question my colleague and I posed – and answered – in our research.

Our findings suggest that if this trend continues, it’ll soon become the norm to enjoy a new VR spin on an old roller coaster favourite. And theme parks will still be drawing in the crowds.

We conducted our research at the 2017 edition of the International Association of Amusement Parks and Attractions’ annual conference and trade show in Orlando, Florida. It draws professionals from the leisure and attractions industry, like operators, investors and developers, from all over the world. 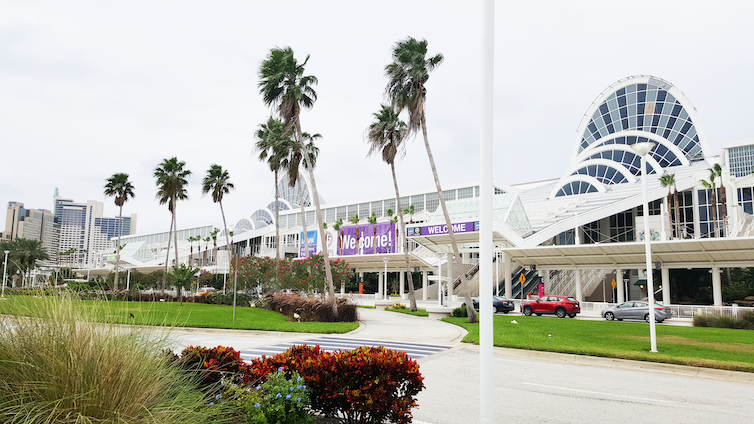 There were 104 European exhibitors across all areas of amusement; we focused on the 23 who specialised in manufacturing steel roller coasters. Using the conference’s exhibitor information booklet and cross-referencing entries with the online Roller Coaster Data Base, we found that at the end of 2017, 8 European manufacturers have already had VR additions made to at least one of their operational roller coasters. 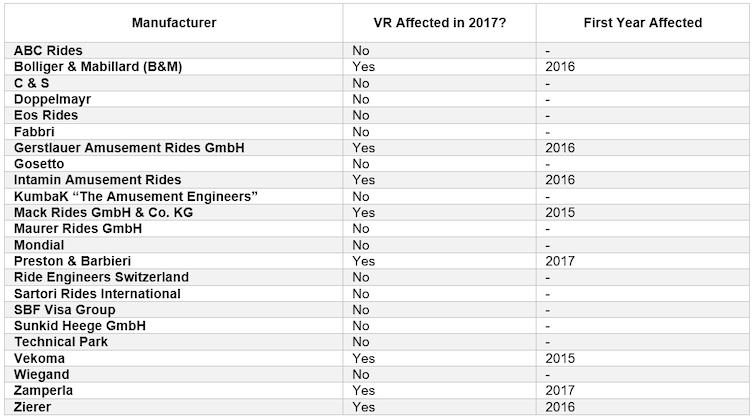 Most of these VR overlays have been designed by external companies. Manufacturers are arguably missing out on an opportunity to expand their own product offerings. But this may soon change. One roller coaster manufacturer, Zamperla, launched its own internal technology division “Z+” at the conference and will generate its own VR overlays and experiences. 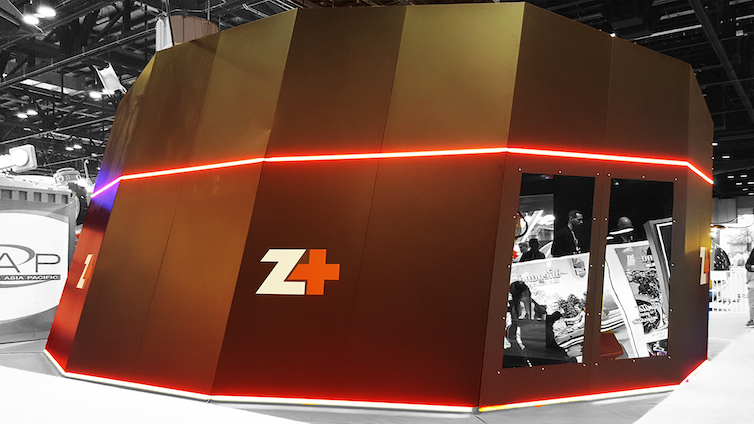 This may prove to be a viable alternative strategy for European manufacturers that would like to incorporate VR offerings with their own roller coasters. It’s also a good way to expand companies’ existing product ranges without the extra cost of external providers.

What the future holds

It’s clear from our research that steel roller coasters remain hugely popular. But VR is becoming an increasingly important addition to the industry.

It could also help to revitalise traditional steel roller coasters that are getting older or generating less interest and revenue. For instance, Ratanga Junction’s inverted steel roller coaster the Cobra might have been given new life by a VR experience overlay. Instead, it has been dismantled and the park closed down because it was an “unprofitable facility”.

Meanwhile, roller coasters that have been enhanced with VR, like Kraken Unleashed at SeaWorld and Galactica at Alton Towers, stand to benefit from the attention their new features generate. 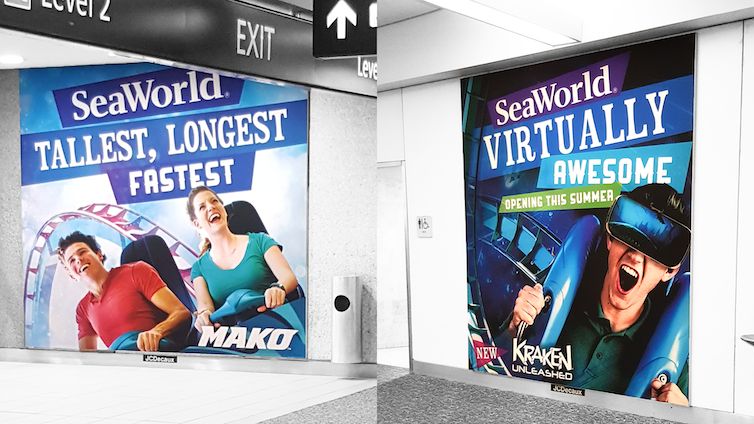 Our research suggests that VR should be viewed as a complementary asset to steel roller coaster infrastructure and product offerings, rather than a threat.