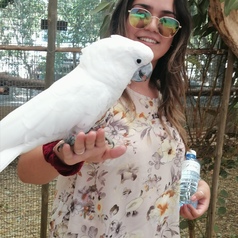 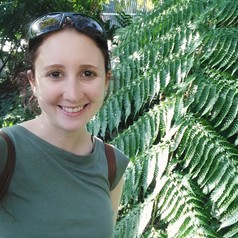 Scientists around the world are looking for ways to remove carbon dioxide from the atmosphere. This gas is a natural component of the atmosphere, released by processes of respiration and decomposition of organic matter.

But human activities that involve the burning of fossil fuels such as coal have released a lot of carbon dioxide into the atmosphere since the Industrial Revolution of the 1800s.

The accumulation of carbon dioxide in the atmosphere is directly linked to global warming. Climate-related risks for the environment and for human societies have been observed in the form of increased mean temperatures and a higher frequency at which extreme events – heatwaves, droughts, wildfires, floods, and storms – are occurring around the world.

One of the natural ways that carbon dioxide can be taken out of the atmosphere is the process of photosynthesis by plants. Plants absorb carbon dioxide, use the carbon for their growth, and release the oxygen back into the air. This forms part of the global carbon cycle and allows ecosystems to act as “carbon sinks” for atmospheric carbon.

Marine ecosystems are particularly interesting as potential carbon sinks or stores. Coastal wetlands like mangroves, salt marshes and seagrasses can store more carbon than terrestrial ecosystems. This is because the waterlogged soils preserve the organic carbon and prevent decomposition. The soils also build up vertically over time and if left undisturbed, this “blue carbon” can accumulate for thousands of years.

It is very important to conserve existing carbon stocks and to restore degraded blue carbon ecosystems. So scientists are studying different locations and types of blue carbon ecosystems, and comparing them. Blue carbon assessments have already been carried out on the African continent, mostly in mangroves in countries like Cameroon, Gabon, the Democratic Republic of the Congo and Mozambique.

African mangroves also extend into warm-temperate regions along the east coast of South Africa. Our study is the first report on carbon storage in a mangrove ecosystem in this region. We quantified carbon storage at the Nxaxo Estuary, on the coastline of the Eastern Cape province. This is measured in megagrams of carbon per hectare, or Mg C/ha.

We found that total ecosystem carbon storage in this estuary was 234.9 Mg C/ha. This is lower than the global average for mangroves of 386 Mg C/ha recorded by the International Union for Conservation of Nature (IUCN) Blue Carbon Initiative. But it is similar to other southern hemisphere warm-temperate mangrove sites in Australia and New Zealand.

This information fills a gap in the carbon inventory for Africa, provides a baseline for future assessments in South Africa and can be compared with other studies of mangroves.

The amount of carbon in coastal soils varies between regions and wetland types. It depends on things like the texture of the soil and whether the plants at work are large mangrove trees, succulent salt marshes, or small leafy seagrasses.

The slope of the ground is also important because it influences the flow of marine waters into and out of these areas on the incoming and outgoing tides. This is important for carbon storage because materials like sediments and organic matter that build up the soils can be imported or exported by the tides. Only a net gain in these materials results in prolonged carbon storage.

The Nxaxo Estuary is at the southern limit of where African mangrove forests occur naturally. Our study of this ecosystem followed the IUCN Blue Carbon Protocol, which provides a standardised approach for measuring, assessing and analysing carbon. This makes results from studies in different places directly comparable.

We quantified carbon storage in the soil and above ground; in wood, leaf litter and pneumatophores (the aerial roots of mangrove trees). The total carbon content was quantified at the Wetland Biogeochemistry Analytical Services laboratory at Louisiana State University.

Other soil variables were similar across sites within the mangrove forest. There were no differences in soil carbon between sites distributed throughout the mangrove forest. This was not unexpected, as the area is relatively small at 9.5 hectares, and the mangrove trees form a fringing forest along the estuary channel. Mangroves occur in a similar way at other southern hemisphere range limits in Australia, New Zealand, and Brazil.

As the soil carbon makes the largest contribution to the total ecosystem carbon stock, it is important that management objectives focus on preventing degradation. If soil carbon stocks are lost by conversion of mangroves through land-use changes, recovery of these stocks is not guaranteed.

We recommend that larger South African mangrove forests, like those located in KwaZulu-Natal province further north along the same coast, should be the focus for future studies related to carbon storage. This will determine whether this region is viable for carbon offset projects in relation to the Nationally Determined Contributions of the 2015 Paris Agreement.