‘His Dark Materials’ Season 2 Air Date, Major Spoilers: The Events That Will Occur in the Second Installment 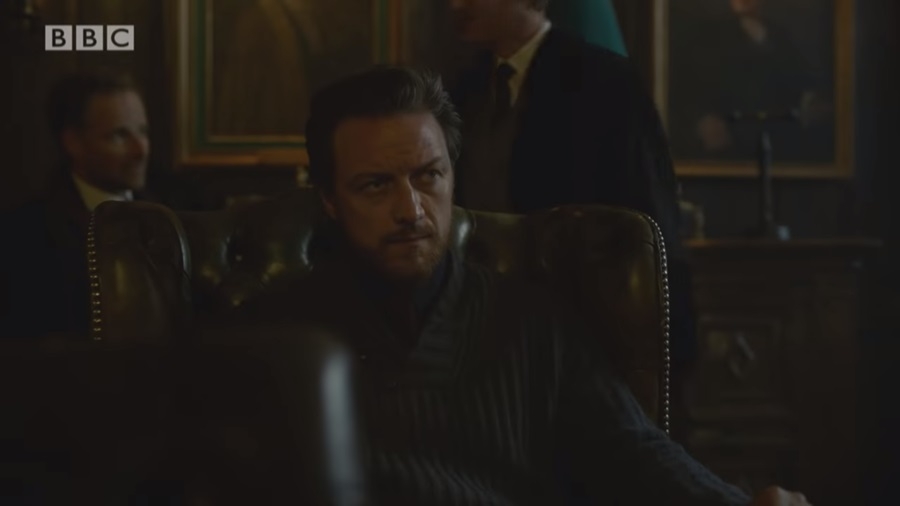 Photo via Screenshot of BBC/Youtube

“His Dark Materials” Season 2 has already been ordered by BBC way before the release of the first installment, highlighting the confidence of the network for the upcoming fantasy series. But BBC does have reason to be bold given that the cast alone is already turning a lot of heads, The Verge reported.

James McAvoy, Ruth Wilson, Lin-Manuel Miranda, and Dafne Keen are the four stars that will lead “His Dark Materials” Season 2. McAvoy will be playing the mysterious and ambitious Lord Asriel. He is the uncle of Lyra (Keen) whose heretical actions leads him to attract the attention of those operating in the echelons of power. Meanwhile, Wilson will be playing Mrs.Coulter in “His Dark Materials” Season 2.

She’s an agent of the Church and is the mother of Lyra. Lastly, Miranda landed the role of Lee Scoresby, an eccentric Texan aeronaut who became one of Lyra’s most stalwart allies. The series is an adaptation of Philip Pullman’s trilogy novels of the same name. “His Dark Materials” Season 2 will be covering the second book called “The Subtle Knife” as has been confirmed by Miranda himself.

In it, Lyra is flung across multiple universes and meets 12-year-old Will Parry. At some point during “His Dark Materials” Season 2, Parry will become the wielder of the Subtle Knife, a weapon capable of cutting the very fabric separating each world. But with each tear that the knife creates, it simultaneously breeds what’s known as a Spectre.

Simply put, Spectres are akin to the wraith-like creatures known as Dementors in the “Harry Potter” universe. They are malevolent entities that feed on the soul of a person, although they leave a child alone until such time that the individual comes of proper age. Spectres will play an integral role in “His Dark Materials” Season 2 as they’ll constantly provide a looming dread for viewers.

Indeed, Mrs. Coulter will learn how to control these Spectres and will use them to torture people for information regarding a prophecy involving Lyra. The prophecy dictates that Lyra is the second Eve. In an attempt to stop the possibility of another Fall from happening, Coulter will seek out to kill Lyra, her own daughter. Of course, these events all took place in the book and it’s unclear how faithful “His Dark Materials” Season 2 will be to its source material. But it’s safe to assume that all that was mentioned here will take place since BBC undoubtedly want to avoid the blunder of the 2007 film adaptation.

As for when the second installment will be released, nothing has been confirmed just yet. However, since it’s being speculated that the first entry will come out by the end of 2019, a late 2020 release date is a possible scenario.