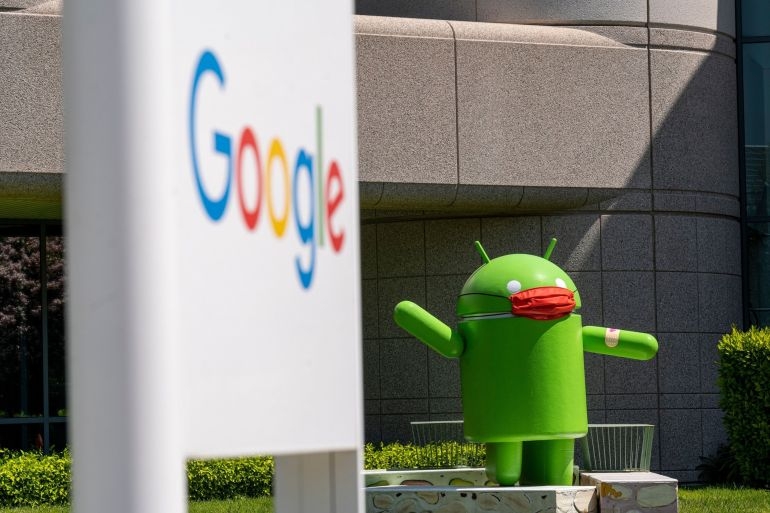 According to KFTC, Google has been requiring smartphone makers to clinch an "anti-fragmentation agreement (AFA)" over app store licenses and early access to OS.

Since 2016, South Korea's antitrust regulator has been looking into allegations that Google obstructed local smartphone makers, such as Samsung Electronics Co. and LG Electronics Inc., from using rival operating systems.

According to KFTC, Google has been requiring smartphone makers to clinch an "anti-fragmentation agreement (AFA)" over app store licenses and early access to OS.

The AFA prohibits the installation or development of modified versions of Android OS, known as "Android forks" on their products.

Consequently, Google dominated the mobile platform market, with its share rising 97.7 percent of the mobile OS market as of 2019 while undermining innovation in the development of other OS for smart devices.

The fine among cases of abuse of market dominance and unfair business activities in South Korea is the second-largest since 1.03 trillion won slapped on US chipmaker Qualcomm Inc. in 2016.

The KFTC also ordered Google LLC, Google Asia Pacific. and Google Korea to take corrective steps, such as desisting from its practice of forcing Android device manufacturers to sign an AFA.

The KFTC expects the corrective steps to help the launch of innovative goods and services in smart device markets.