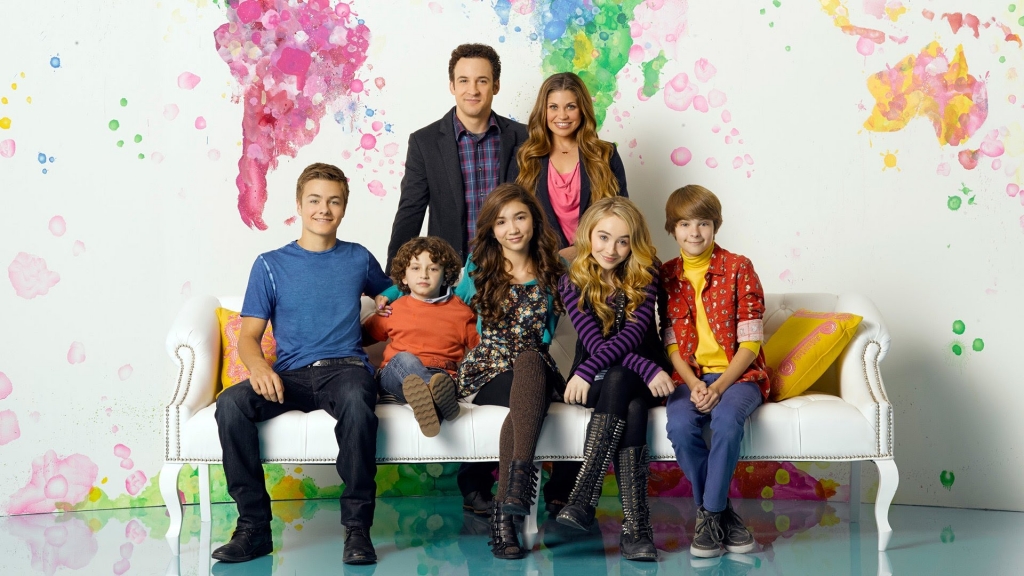 ‘Girl Meets World’ season 3’s episode 17, entitled "Girl Meets Hollyworld", will follow Riley and the gang as they audition for roles in a new movie based on their lives. Meanwhile, Maya is set to cause trouble after she plots to sabotage a certain actress in hopes of getting her mom in the same movie.

The brief synopsis for episode 17 posted on Carter Matt stated, “Maya (Sabrina Carpenter) schemes to sabotage another actress so that her mom will get a role in an upcoming movie.” It seems that Riley (Rowan Blanchard) and her friends will take a break from classes as they will get the chance to audition for big roles in a new movie based on their lives.

The promo opens to a man, presumably a director or producer, showing up in class and giving them invitations to try out for parts in a new movie. Everyone is excited about having their lives being made into a full-feature film.

The next scene showed various students dressed up in costumes as they prepare for the auditions. Riley, who wants to play the lead character “Smiley”, is automatically told that she is not fit to play the role. The others are also doing their best to impress the filmmaker.

Lucas (Peyton Meyer) plans to bust out his British alter ego Mortimer Twiggle-bottom Smythe, complete with his fake accent. He first did the character in season 3’s episode 7 "Girl Meets True Maya," according to Christian Today.

While the others are busy preparing for auditions, it seems that Maya has another rather naughty plan in mind. According to a Twitter post by the series’ writers, she is plotting to kidnap a movie star in hopes of getting her own mom a part in the same movie. However, this plan may not turn out well for her and the others involved.

‘Girl Meets World’ season 3’s episode 17, entitled "Girl Meets Hollyworld", is scheduled to air on the Disney Channel on November 18, 2016. The episode was directed by ‘Boy Meets World’ star Ben Savage, who reprises his role as Cory Matthews on the new show. It was written by Mackenzie Yeager.