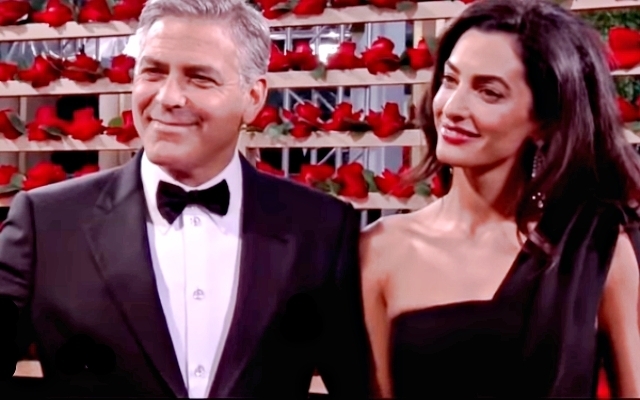 George Clooney and Amal Alamuddin are facing a difficult time as the latter continues with her human rights works. It was said that the actor is now very worried for his family, especially his kids because the terrorists are eyeing them after his barrister wife asked the United Nations to punish them for their crimes when they occupied Iraq and Syria from 2014-2017.

Amal is working to seek justice for the women who were abused by the ISIS. Many women were forced into marriage, turned to sex slaves and sold, and Clooney’s wife had stepped up for the perpetrators to finally pay for their grievous crimes.

But while this is a good deed, George Clooney admitted that fighting for justice comes with a price then went on to express his worries. He said that his family has real security issues and they have to face this every day. The actor added that he is also personally looking out for his wife and twins - Ella and Alexander - since the terrorists already made them as targets.

"We have plenty of issues - real, proper security issues - that we have to deal with on a fairly daily basis," he said. "We don't really want our kids to be targets, so we have to pay attention to that."

Clooney further lamented that he wants to do ordinary things with his family like taking a walk in a park or dining out but they couldn’t because of the threats. “I have a beautiful wife and two beautiful kids, but there are things we miss like being able to walk with our kids in Central Park," the former “Batman” actor and activist said. “We walk out the door and everyone surrounds us since there's a bounty on my kids’ heads for a photo.”

For putting the family in a difficult situation, Amal Alamuddin explained that she did not begin working on the case without consulting her husband George Clooney first. She knows it is risky that is why she discussed everything with her partner prior to taking the case against the Islamic Extremist.

Meanwhile, as they are now politically involved too, it was rumored that George Clooney is running for president in 2020. He is known critic of Donald Trump, is he really planning to run?

The actor debunked the rumors by saying that he is against celebrities who run for government office. He explained that he or she must be someone who can make policy rather than have a star in Hollywood Walk of Fame. Moreover, he said that he does not have the skills to be a politician, so he is not even thinking about placing his bid for the presidency.

"I am not going to get into politics. It doesn't seem like a very logical place for me to be able to apply what skills I have. MSN quoted George Clooney as saying. “I don't have to make a compromise for the things that I stand for and the things I believe the politicians do. So it is not something that interests me."