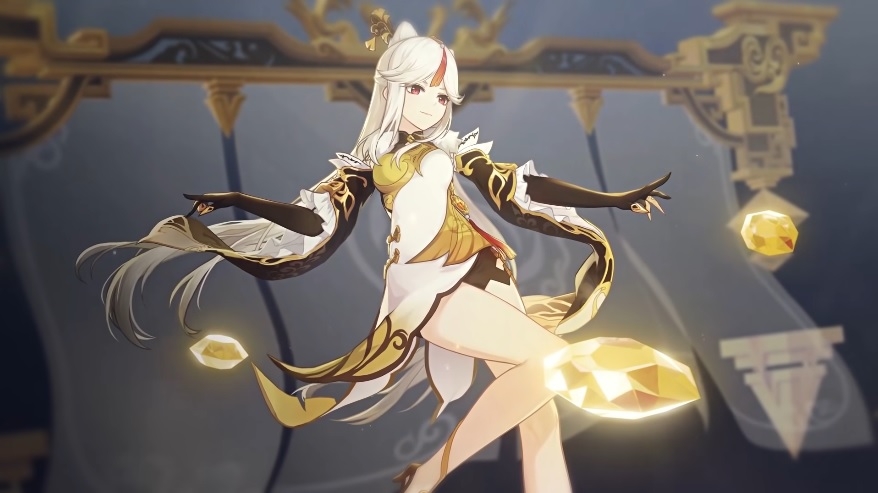 A new character named Hu Tao, along with a new “gameplay boss,” could be released with the anticipated “Genshin Impact” version 1.3. Thanks to online leaks, the first look at these rumored content may have also been made available several weeks ahead of their likely official launch.

“Genshin Impact” is expected to receive huge updates with new gameplay and story content every several weeks. Players are now on the lookout for what could be released for the game’s version 1.3, and it appears that at least two new characters are already being tested.

A slew of new leaks has recently appeared online through Twitter user NEP NEP, including a screenshot that is reportedly the “first glimpse” of a character named Hu Tao. Based on the other details provided, Hu Tao could be one of the next upcoming playable characters in “Genshin Impact.”

LEAKS : Here is a first glimpse of Hu Tao (Hu Tao is datamined to be a 5 * or 4* ??? Polearm Pyro. She summons a ghost on her palm during idle animation. Beware the character and always under development and can totally change.#GenshinImpact #原神 pic.twitter.com/F7h0BU9hx4

As fans can see on the image that reportedly came from a datamine, Hu Tao wields a weapon that the leaker calls a Polearm Pyro. However, it is uncertain if Hu Tao will be a 4-star or a 5-star character. The same source also shared that Hu Tao’s animation shows she can summon a ghost.

In another tweet, NEP NEP shared a short video reportedly showing a new boss fight being tested for “Genshin Impact” version 1.3. The video only runs for nine seconds and only shows Xiao getting attacked and dying in the fight. Another detail that can be made out of this leak is that the new boss enemy could be named “Ancient Geovishap.”

It appears that the leaks about Hu Tao and the new boss enemy came from datamine and beta tests. While these are possible content included in “Genshin Impact,” the fact that they are not officially announced yet means developer miHoYo can always change their plans during development. So fans should still take these leaks with a grain of salt.

“Genshin Impact” can be considered as one of the breakout games this year, and it helped the action RPG’s popularity that it is free-to-play and available on a wide array of gaming platforms including mobile devices. And its players can only expect it to improve in the coming months.

In a previous blog post, developer miHoYo revealed that it has been planning for new content and improvements, including “Genshin Impact” version 1.3 that could be released sometime in February 2021. After this, it remains to be seen if miHoYo would maintain its plan of pushing out major patches every six weeks.