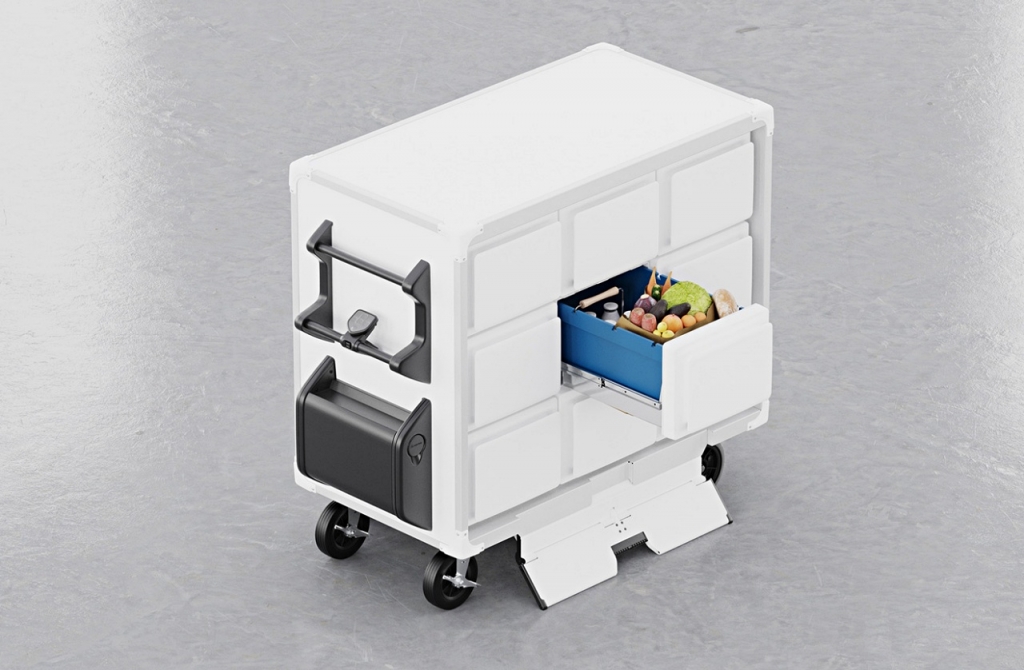 General Motors’ BrightDrop and Kroger retail firm have teamed up to improve grocery delivery services. The former is supplying its electric carts called the “Trace Grocery” to the supermarket chain to make the customer experience better at the latter’s grocery stores.

According to Fox Business, General Motors is releasing an electric cart specially designed for grocery delivery services. It is now being sold under its BrightDrop brand, which is known for its all-electric commercial vans and related technologies.

From electric vehicles to electric carts, General Motors is clearly determined to create new machines that are significant in this era of automation. Now its Trace Grocery electric grocery cart is making its way to Kroger stores. It was reported that the supermarket chain already observed improvements in its customer and associate experience during the initial trial of the machine.

The BrightDrop Trace Grocery has many compartments with locks, and these drawers feature nine temperature controls and could be used for all four seasons. It is fitted with a propulsion system that can handle heavy loads of up to 350 pounds and run at a maximum speed of three mph.

The cart is integrated into Kroger’s store app so customers can leave their grocery items in locked compartments or drawers and then retrieve them later using a verification code. The trial of the Trace Grocery e-carts is still ongoing at Kroger, and by 2024, General Motors is hoping to offer the machine to other retailers.

The new electric grocery cart will make the fulfillment and pickup of online grocery orders faster and easier. It was designed for shoppers’ convenience after all while also offering cost-saving benefits in online grocery services.

“COVID has driven a dramatic increase in online grocery shopping, and fulfilling these orders profitably has become a major challenge for retailers of all sizes,” Travis Katz, BrightDrop’s president and chief executive officer, said in a press release. “With Trace Grocery, we saw an opportunity to help companies like Kroger tackle these challenges head-on.”

The company chief added, “As online shopping continues to grow, BrightDrop is committed to developing innovative solutions to help our customers keep pace. The Trace Grocery is a perfect example of this.”

Meanwhile, General Motors’ BrightDrop Trace Grocery is only accepting orders for a limited number of units. The company will offer the full availability of the electric grocery cart in 2024.