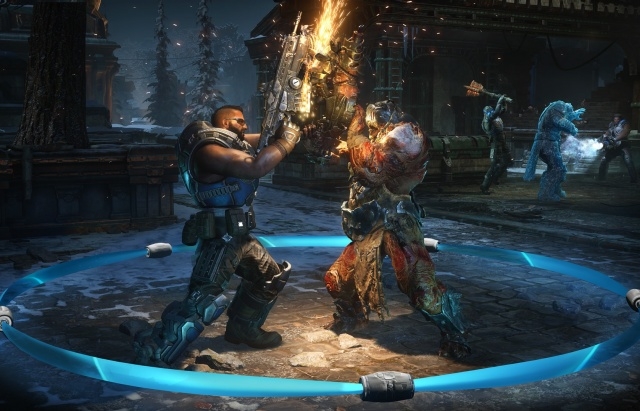 Photo by: Gears of War/Facebook

“Gears of War 5” will feature the return of Kait Diaz, the game’s hero. Her origins are unclear so it seems that her true identity and quest to uncover the secret of her family’s past will be the theme of the upcoming fifth version of the game.

According to Rod Ferguson, studio head of The Coalition, “Gears of War 5” will feature many innovative functions and controls. There will be big changes in the gameplay but it will still be exciting and feel like the usual “Gears of War" game.

"When we looked at the story for Gears 5, we were sort of delving into Kait’s past and her history, her family ties to the Locusts, we felt like that’s a better story to not just witness but tell from her perspective," Esquire quoted Ferguson as saying.

One of the things to be excited about the “Gears of War 5” is the new gaming mode called “Escape.” According to Digital Trends, this will enhance the multiplayer game experience as it will allow players to team up and fight a multitude of enemies together.

It added that this mode also pushes players to work more to achieve something beyond just simply surviving in the game. The new “Escape” mode in “Gears of War 5” is a three-player challenge where participants must penetrate a hive, plant a bomb and finally escape before being overrun.

Kait said that she has been dreaming about her grandmother’s Locust necklace. Marcus and Del help her find what her dream could mean so the three of them set off north and they are heading to a place where it all began. It could be the continuation of Kait’s story in “Gears of War 4” where she tried to save her mother and JD Fenix helped her.

The beta version of “Gears of War 5” will begin on July 19 at 10 a.m. The multiplayer game tests will run until July 21 and the second beta will begin again on July 26 and end on July 29. Players can start downloading the game on July 17 at 10 p.m. Then again, only those with Xbox Game Pass holders can try the test.