‘Game of Thrones’ Season 8 Air Date, Spoilers: Will There be Any Plot Leaks Despite Paperless, Highly-Secured Scripts? 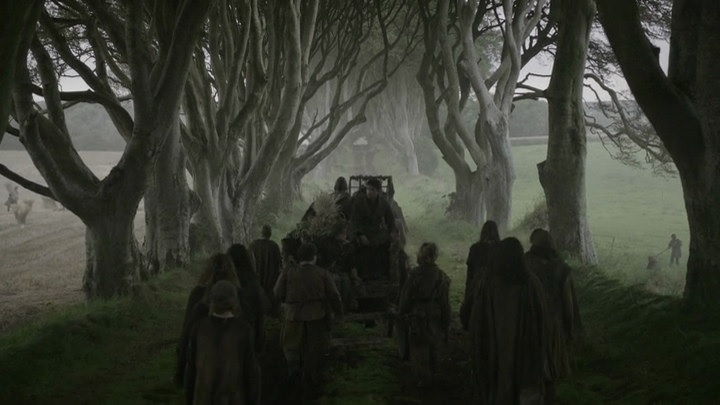 Seen in the photo is a 'Game of Thrones' season 2 filming location called the Dark Hedges in Northern Ireland. | Photo by horslips5 (CC BY 2.0)/Flickr.com

It is safe to say that “Game of Thrones” season 8 is going to be one of the biggest series airing in 2019. But with a huge following always comes the risk of information leaks, which spoils the show’s most surprising twists.

HBO is not new to threats of having the show’s plot leaked. In fact, the entire plot of the seventh season was illicitly revealed online prior to its official TV release. It contained per-episode details that fans who have seen the show can confirm were mostly accurate. With such incidents, HBO will obviously not take their chances for “Game of Thrones” season 8.

Actors still part of “Game of Thrones” season 8 have revealed how HBO immensely changed the way scripts are distributed. Iain Glen, who plays Ser Jorah Mormont, even referred to the security measures as being “paranoid” on the part of HBO. However, given that a hacker actually breached the HBO servers, stole “Game of Thrones” script pages, and allegedly tried to extort millions of dollars from the company -- all these security precautions seemed necessary.

“We weren't allowed a written word on a page. Everything was accessed through iPads with different security you had to get through to access it. Which caused a problem for the actors, I have to say,” Glen told BBC Radio 5 Live (via Digital Spy). The “Game of Thrones” season 8 actor is most likely referring to several layers of encryption before being able to open the files.

Earlier this year, actor Nikolaj Coster-Waldau, famously known as Jaime Lannister, also confirmed that all “Game of Thrones” season 8 scripts were no longer distributed in hard copies. But Coster-Waldau also implied that HBO went as far as programming the files to get permanently deleted automatically once filming the respective scripts were completed.

“They’re very very strict. It’s reached a crazy level this year. We actually get the scripts, and then when we’ve shot the scene — and we only have it digitally — and then when you’ve done the scene, it just vanishes. It’s like ‘Mission: Impossible.’ -- 'This will self-destruct,’” Coster-Waldau added about the “Game of Thrones” season 8 anti-spoilers measures.

The filming of “Game of Thrones” season 8 has concluded for about a couple of months now. And if Coster-Waldau was not exaggerating, it is safe to assume that it would be nearly impossible for hackers to retrieve the digital scripts now. The finale season is slated to premiere in April 2019.