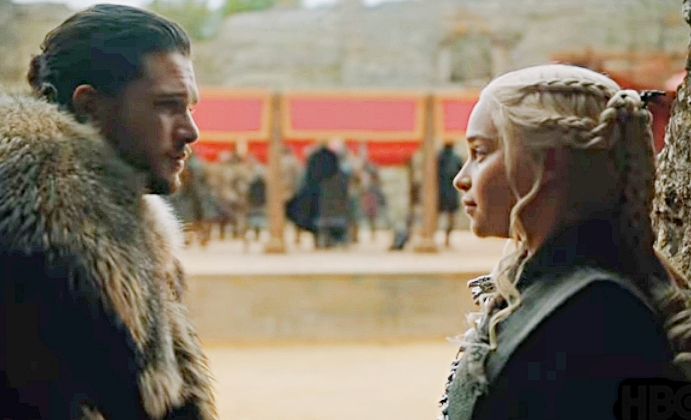 “Game of Thrones” season 8 has been confirmed to be the series’s final episode, and with that, the production team is trying very hard to avoid leaks that will spoil the drama. They worked so hard to give the viewers a suspenseful ending so they want to keep everything a secret until their show airs.

Spoilers and leaks are common with popular dramas like “Game of Thrones.” In fact, in the previous installments, the series was not able to escape the trend and big parts of the episodes were leaked for spoilers. At any rate, the production team has set up a way to prevent leakage through unauthorized picture takings.

It was revealed that HBO and the “Game of Thrones” season 8 team installed state-of-the-art equipment that allowed them to detect any drones flying above or near the filming locations, and it was called "drone killer.” It was Sophia Turner (Sansa Stark) who revealed this spoiler prevention method used while they were filming.

According to Entertainment Weekly, during the 2018 New York Comic-Con last week, the actress shared this information to the audience. "If a drone flies above sets, there's a thing that can kill the drones, which is really cool,” the magazine quoted Sophia as saying. “It creates a field around it and the drones just drop. It's very X-Men."

Meanwhile, as per The Los Angeles Times, “drone killers” are used to disable flying devices in emergency situations. It is an electronic device that can deactivate a drone and force it back to the ground. Police forces use this to contain illegal activities such as the delivery of drugs using drones and illegal border crossings.

So, when is “Game of Thrones” season 8 coming? Although filming for the series finale has already ended, HBO has not released or confirmed an air date yet. Director and writer David Benioff also disclosed that they have not decided on the date yet so fans should wait a bit more for the announcement of the drama’s premiere.