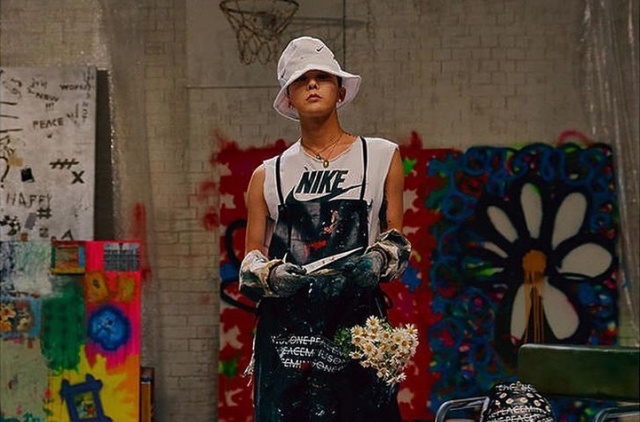 G-Dragon’s Nike Air Force 1 “Para-Noise” is making headlines after the pair of sneakers immediately got sold out as soon as it was released on Nov. 23. The item ran out of stock for obvious reasons, fans and celebrities around the world want to get their hands on the BIGBANG leader’s designed shoes for Nike.

Originally, G-Dragon’s Air Force 1 “Para-Noise” was priced at $200 but as they got sold out, prices have increased to as much as US$4,000. This is due to the fact that there are resellers who took advantage of the shoes’ popularity.

The Air Force 1 “Para-Noise” or simply AF1 Para-Noise is a black sneaker that features G-Dragon’s Peaceminusone’s daisy logo on the tongue. The white soles have streaks of black paint at the sides and it was said that the insole has a multi-colored tie-dyed shade.

It was initially released in South Korea and then worldwide launch followed after a week. But while many sites already declared G-Dragon’s Air Force 1 “Para-Noise” as out of stock, there are still stores who have the item and as per Footwear News, it is still available in some outlets like the Goat.com and StockX.com, Flight Club and Stadium Goods but with the high demand, expect higher prices.

Allkpop reported that people in Switzerland had flocked to a sneaker outlet in the hopes of getting a pair of the much-coveted G-Dragon Air Force 1 “Para-Noise.” It happened in Zurich and photos of the Titolo store with a big crowd outside of its store have been making rounds online, proving how popular the GD-designed shoes are.

In response, G-Dragon and his fashion company Peaceminusone thanked the people in Switzerland for their support. Meanwhile, in connection with his collaborative design for Nike, the BIGBANG leader also made something for the people of Korea.

He transformed a basketball court into a work of art and donated it to the public as his way of saying “thanks” for the support he got for his Nike shoe release. He personally designed the court and it is unique, and probably the very first court to feature such flowery image designs.