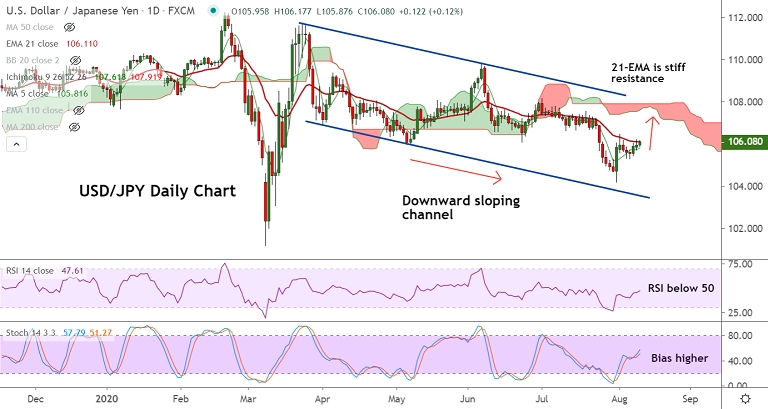 That said, escalating U.S.-China tussle keeps upside limited. China sanctioned 11 US officials in retaliation to similar moves made by the U.S. last week.

On the data front, Japan's current account surplus narrowed to the lowest level in five years in June.

However, it was the smallest monthly surplus since January 2015 and marked a significant deterioration from a JPY 1.177 trillion surplus in May.

Major trend is bearish, but intraday charts show some upside in the pair. Stochs and RSI are biased higher and decisive close above 21-EMA could take the pair higher.

Summary: USD/JPY keeps scope for upside. Oscillators are biased higher. Breakout above 21-EMA will buoy bulls in the pair. Major trend is bearish and hence upside may be limited.