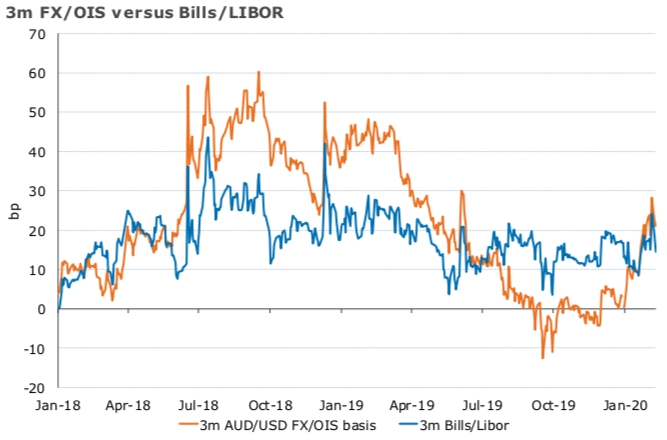 While European authorities are taking a different approach to EUR benchmark rate reform. The previous overnight right, EONIA, is no longer published and has been replaced by ESTR. ESTR reflects the wholesale, unsecured overnight borrowing cost of banks in the euro area. The fallback for EONIA in existing contracts is ESTR plus 8.5bp.

However, Europe is adopting a dual benchmark framework with authorities reiterating their support for EURIBOR, with the methodology used to calculate it altered in 2019. This hybrid methodology follows a waterfall method that prioritises the use of actual transaction over expert judgement. However, in the testing stages it was found that while actual transactions were used, the largest component used to determine the rate across all tenors was expert judgement (albeit in a more systematic way than in the past, that is less prone to manipulation). This suggests that the underlying market that EURIBOR is meant to reflect is not particularly deep.

Even so, Intercontinental Exchange data shows that almost all EUR-denominated derivative transactions reference EURIBOR, with liquidity in ESTR markets very low. With time, it seems likely this will change, as the use of RFRs becomes more common in different currencies.

AUD markets are on the road to adopting a similar approach to EUR markets, with a dual benchmark framework. BBSW and AONIA both have official support from the RBA. The expectation that BBSW will continue to be published post-LIBOR cessation has likely restricted the use of AONIA as a benchmark. The South Australian Government Financing Authority is so far the only issuer to link FRNs to this rate, while there has also been an AONIA-linked residential mortgage-backed securities.

As with EUR rates, it’s likely that some derivatives exposure, particularly in cross currency swaps, will drift towards using AONIA as the benchmark when (or if) SOFR becomes the dominant USD benchmark rate.

Something worth watching for in AUD markets are attempts to develop a repo-based RFR. The ASX has convened a working group to determine the validity of this. At this stage, though, inconsistencies in how repo transactions are booked in Austraclear means it would be some time (possibly well into 2021) before such an index can be developed.

The determination of the fallback language and spread adjustment for the IBOR to RFR transition is progressing well, to the point where market participants can start planning.

The sterling market is more advanced than others, while the EUR and AUD markets are on the path to adopting dual benchmark structures.

The above chart shows that in the case of AUDUSD, FX/OIS and Bills/LIBOR are well correlated, as you’d expect. But the dynamics are different at time. Overall, the RFR - RFR basis will better reflect the relative demand between pairs of currencies by stripping out the credit component.