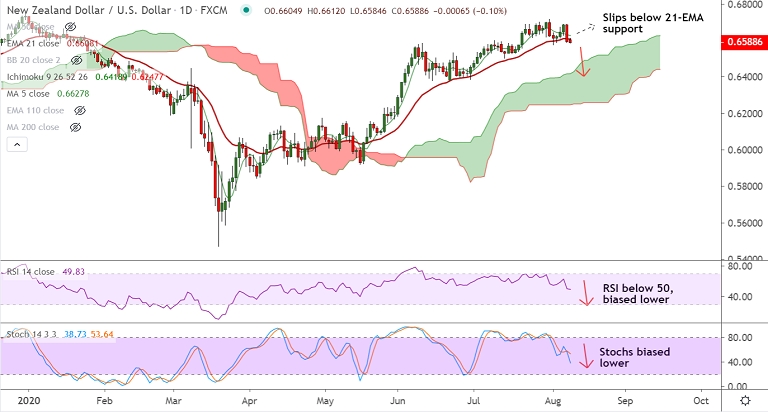 Price action in the pair has slipped below 21-EMA, scope for further downside.

Traders await RBNZ policy decision due later this week where the central bank is expected to keep rates unchanged at 0.25%.

However, the RBNZ may boost or extend asset purchases to push down borrowing costs. Also, deteriorating Sino-American relations keep the antipodeans suppressed.