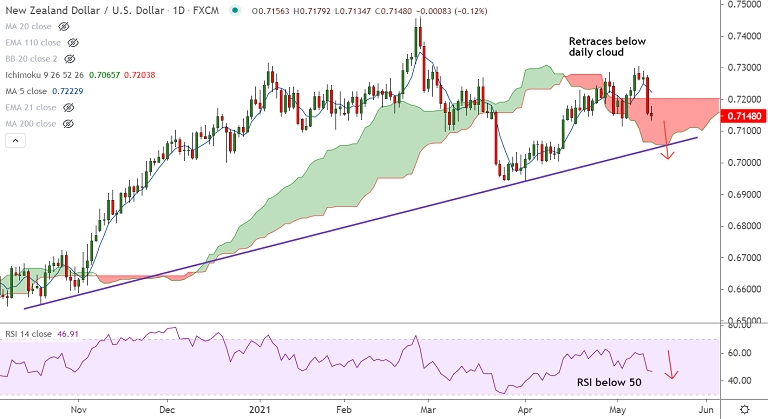 Price action has slipped below 200H MA. GMMA on the hourly charts shows major and minor trend are strongly bearish.

Focus for now remains on the release of the US Producer Price Index (PPI), and Initial Jobless Claims for further impetus.