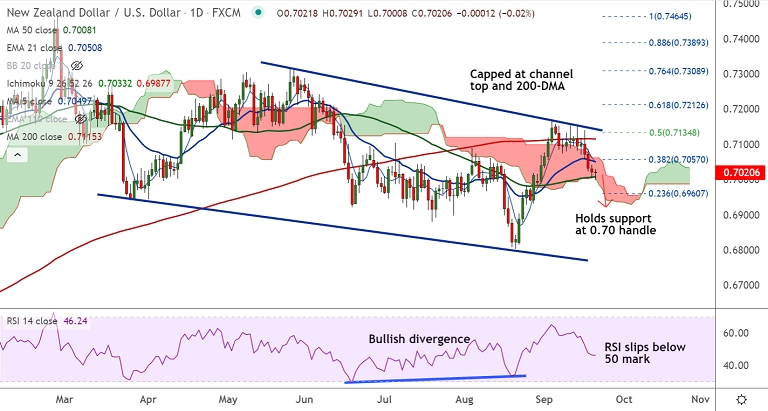 Comments by Assistant Governor Christian Hawkesby indicated the RBNZ was likely to take a more cautious approach when it meets next month.

The central bank delayed raising rates last month and is widely expected to raise interest rates by at least 0.25% at its next monetary policy meeting on Oct. 6.

However, some analysts had expected a 0.5% hike due to the tight labour market, rising housing prices and red-hot economy.

Technicals support downside. The pair is currently holding support at 50-DMA and cloud base, break below will drag the pair lower.

Next major support is seen at 55-week EMA at 0.6972. On the flipside, bounce off 50-DMA and retrace above daily cloud will negate any downside bias.