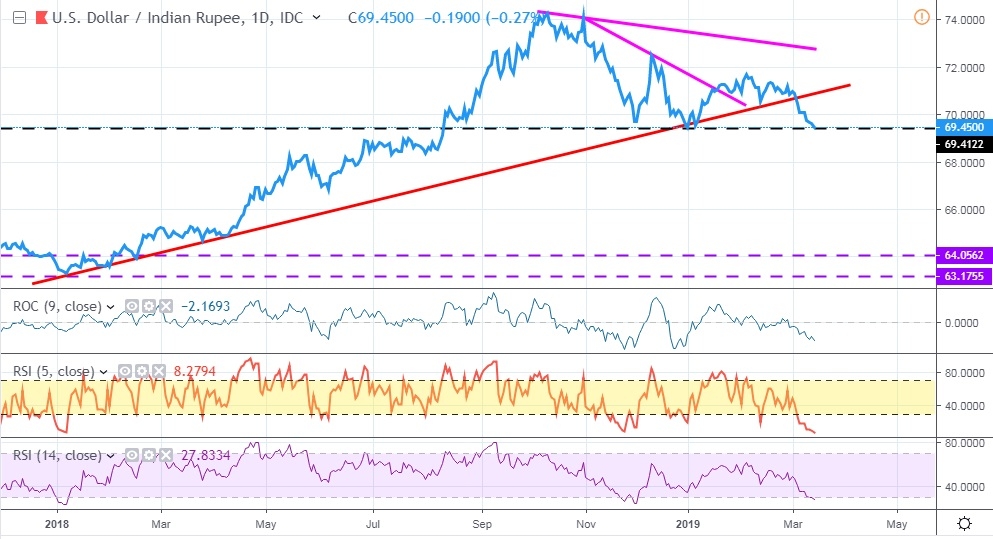 As the tense situation somewhat settled down with outpouring International support for India, rupee cleared a hurdle. USD/INR broke below the rising trend line that has been in place since the beginning of 2018.

USD/INR is currently trading around 69.4 area, testing key support. Today, the exchange rate printed the lowest in 2019. Further appreciation likely, as the result of the election nears. Chart prepared in Tradingview.com