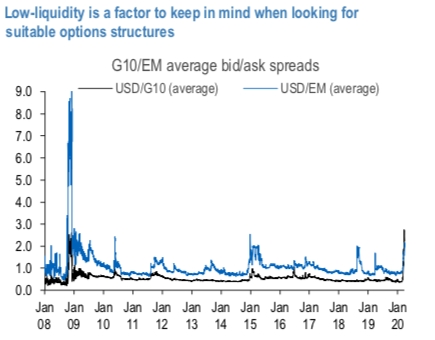 Entire global market is halted owing to the pandemic Covid-19, having total reported death cases exceeds across the globe with US, Italy and Spain surpassed Chinese numbers due to the deadly contagious coronavirus, almost all markets have halted with a trauma.

As the outbreak widens, the most severe impact on oil demand will be through aggressive travel curtailments. Efforts across the globe to contain the virus have already forced airlines to cancel flights, public gatherings to be suspended, and business conferences to be postponed. Passenger traffic has also declined remarkably as a standard component of the public health emergency includes work-from-home arrangements.

While the latest bazooka programs as announced by the Fed and ECB this week and later supported by the developments on emergency aid package triggered a sharp reaction by equity markets. US Equity Indices rallied by more than 15% in a matter of days.

This, coupled with encouraging signs of a slowdown in the number of new cases in Italy, as confirmed by alternative data sources, led to a much better risk tone in markets for this week.

FX Vols, after spectacularly emerging from their lethargic state since the end of February, dropped sharply this week (J.P. Morgan VXY G7 Index fell by 4 vols), confirming a pricing which remains elevated but not consistent with a distress mode. Also, while FX vols trade at a 2 vol premium over a proxy model based on rates dynamics, they remain severely undervalued relative to another natural driver like VIX, still at around 60. Latest U.S. jobless claims numbers, higher than expected, confirm that the path out of the bottom in market sentiment will be volatile, although short-covering could prove a powerful antidote for containing further sharp losses.

Current FX market dynamics are, in any case, consistent with a low liquidity mode, a factor which in itself could artificially trigger higher volatilities, as does the large rotation in speculative flows as observed over the past month. The peculiar nature of current FX vol mode is confirmed when observing how, for the first time on record, an average proxy of bid/ask spreads on a liquid set of G10 vols overshoots that for EM vols (refer above chart), a factor that is mostly attributed to NOK, AUD and GBP. When looking for current opportunities in the vol space, one needs to be aware of the limitations the current liquidity conditions are posing. Courtesy: JPM