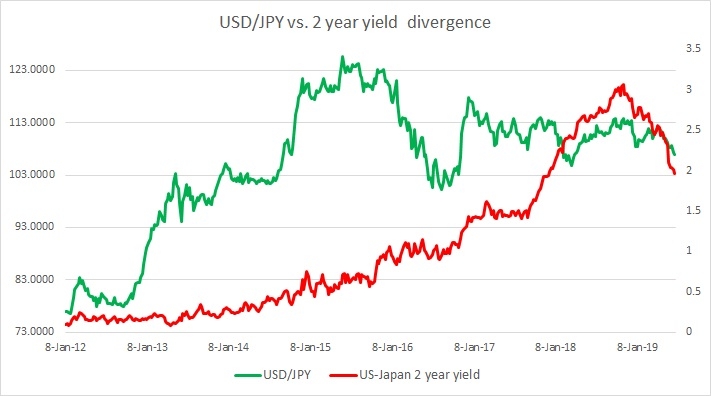 The above chart shows the relation between the 2-year bond spread (U.S. - Japan) and USD/JPY exchange rate.