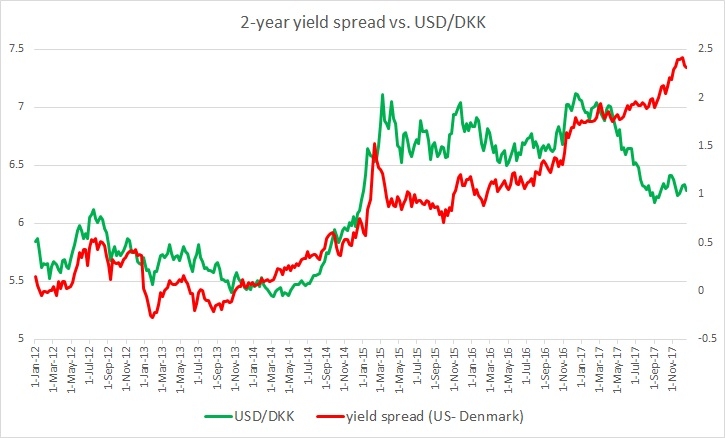 Since that review, the spread has narrowed marginally by 3 bps to 232 bps and Krone has weakened by 50 pips to 6.28 per dollar.