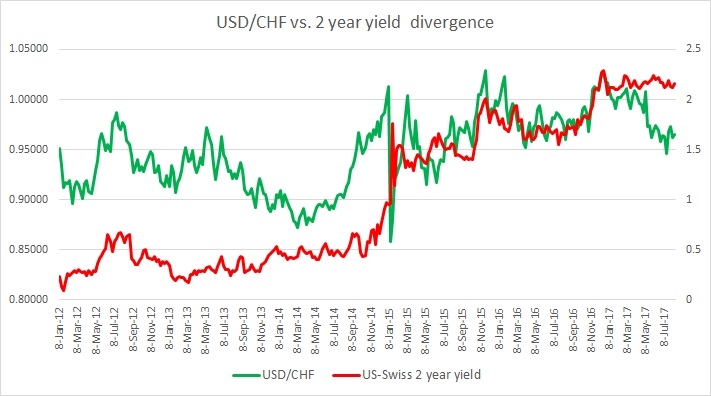 During our evaluation period beginning 2012, the yield spread between the US 2-year bond and a Swiss equivalent has widened by almost 200 basis points but the exchange rate hasn’t followed through as much as it should have been as it benefits from risk aversion inflows. Swiss franc remains the most overvalued currency against the dollar, in terms of yield divergence.

Since our last review, back in July, there have been minor changes in the spread which is currently at 215 basis points in favor of the dollar. The spread has narrowed by 4 basis points in favor of the Swiss franc since the last review and the franc strengthened by 30 pips and trading at 0.965 per dollar. The 20-day correlation between the exchange rate and yield spread has recovered from negative to positive.