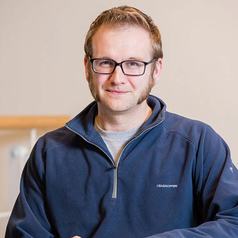 If you could ask British insects about the habitats they prefer, they’d probably tell you that you can’t improve on grassland that’s rich with wildflowers. For farmers, though, grassland is said to be “improved” if it has been treated with fertiliser and sown with fast growing grasses.

“Unimproved” grasslands are those that have not had their productivity improved for agriculture. They’re semi-natural habitats, because if mowing or grazing stopped, they’d quickly turn to scrub and then woodland. These unimproved grasslands are extremely rich in the number of species they can support, sometimes having well over 40 species of flowering plant in a single square metre.

But since World War II, 97% of unimproved grassland habitats have vanished from the UK. This has contributed to the loss of pollinating insects – and the distribution of one third of species has shrunk since 1980. 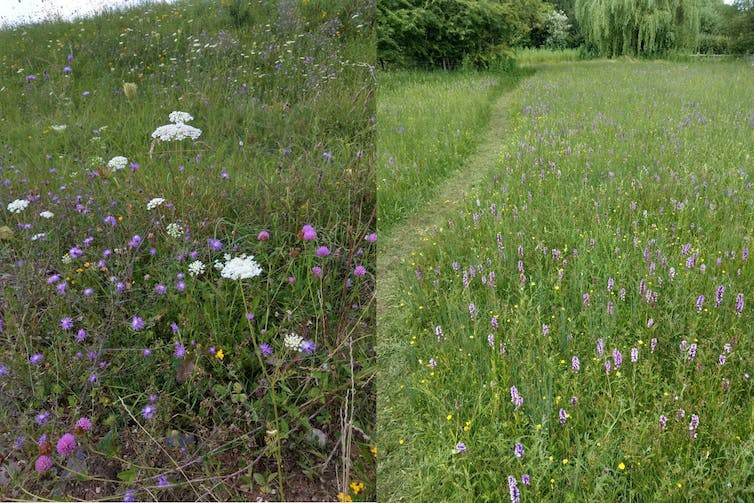 Left - Grassland in Transylvania, where agricultural ‘improvement’ has been limited. Right - Potwell Dykes, Nottinghamshire – how much of the UK’s lost grassland would have looked. Adam Bates

If you’re lucky enough to have a garden, your lawn can be thought of as a small patch of artificial grassland, which will usually have only a few species of turf grass. Most suburbs and villages still have around a quarter to a third of their area covered by grass.

Unfortunately, lawns are largely featureless and offer little refuge for small creatures like bugs and other invertebrates. Regular mowing also prevents plants from flowering and producing seeds, which is why carefully maintained lawns are mostly barren. 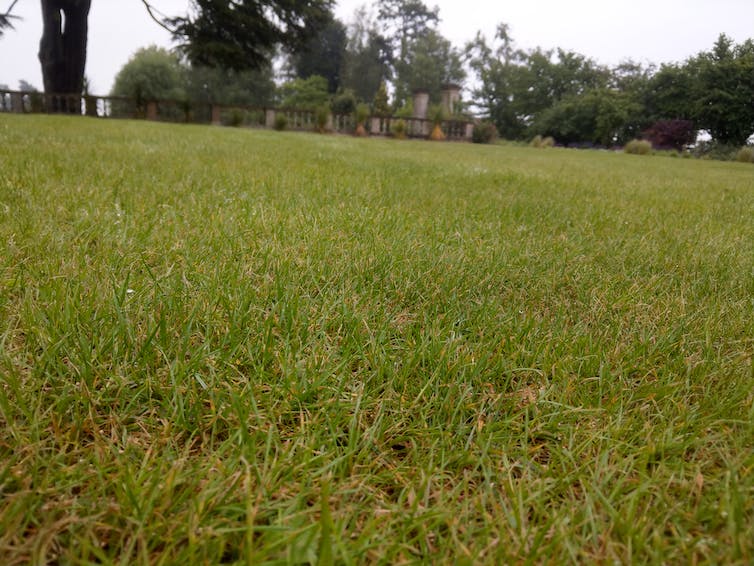 A traditionally managed lawn. There are few plant species and little structure for bugs to exploit. Spiders, for instance, have nothing to anchor their webs to. Adam Bates

But lawns can be made into important wildlife habitat by changing how they’re managed. This is an idea that’s gaining traction – campaigns such as “Say No to the Mow” have made an “unkempt” garden more socially acceptable. For anyone wanting to create a wildlife lawn in their garden, there are four important steps to follow.

The first step is simple. By raising the height that the mower blade cuts the grass to its highest setting – usually about 4 cm off the ground – you can provide more variety in the lawn’s structure and more refuge for other plant and invertebrate species. 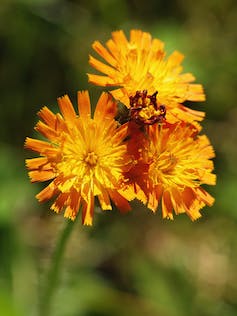 By mowing less often you can allow plants time to flower and provide a food source for bees and other pollinators. Leaving gaps between mowing in spring gives time for species like the cowslip to flower – a plant which has declined markedly in the UK but which butterflies like the Duke of Burgundy depend on for laying their eggs.

Summer gaps can allow species like cat’s ear and fox-and-cubs time to flower, providing an important source of food for species of leafcutter bee. Deciding how long to wait between mowing isn’t an exact science, but can be judged by seeing whether or not the plants in your lawn have had a chance to flower.

3. No fertilisers or herbicides

“Weed and feeds” are used on lawns in a one-bottle mix of herbicide – used to kill non-grass species that we’d usually consider weeds – and fertiliser, to add nutrients to the soil. Herbicides reduce biodiversity by killing other species, but it may surprise you to learn that fertilisers are no friend to biodiversity either.

When gardening or farming, usually the more fertility in the soil the better, because this promotes greater productivity. In other words, more grass, greener grass, more flowers and larger flowers. The selective actions of the gardener or farmer to promote the target species, whether prized rose or crop, means that only the target species benefits.

Without this selectivity, more fertility in your lawn only favours the one or two turf species that are best able to take up nutrients and outcompete other species. So, more fertility means fewer plant species, despite the more luxuriant green colour.

Removing the grass clippings after you’ve mowed the lawn also reduces the fertility in your lawn, preventing it from becoming dominated by one or two competitive turf species. Removing and composting grass clippings will gradually remove nutrients from the soil, lowering the fertility with each cut.

Beyond these four steps for improving the value of your lawn to wildlife, there are other things that can be done by the more committed gardener. Leaving small areas of the lawn deliberately uncut – such as strips at the sides or patches in the corners – can help small wildflower meadows to form. Cutting these at the end of summer will prevent them overgrowing into rank grassland with few species.

Wildlife value can also be added by spreading some locally-sourced wildflower seed on your lawn. If you’re gathering seeds from elsewhere, make sure to ask permission and don’t take too much.

Wildflower lawns can have a variety of other surprising benefits, not least helping to slow global warming. Some studies have shown that lawns are actually sources of carbon dioxide due to the amount of energy needed to power the mower and manufacture “weed and feeds”. Reducing how often you mow, not applying “weed and feeds” and even using a manual lawn mower can change your lawn from a carbon source to a carbon sink.

Having taller vegetation in your lawn shades the ground, thereby reducing evaporation from the soil and reducing the need for sprinklers and hosepipes. Less mowing means less work to do and more time for you to enjoy watching the bees gathering nectar and pollen from your wildflower lawn.

Wildflower lawns, with spikes of colourful flowers and attendant bees, at least to my eyes, are far prettier than a carpet of grass, whether it’s stripy or not. Grass – especially when not in flower – is the most aesthetically boring part of a grassland. The species that have traditionally been disregarded as “weeds” are far more interesting.